Journalist Askhat Sedarby spoke sharply about the Dimash clip for the song “Know”. 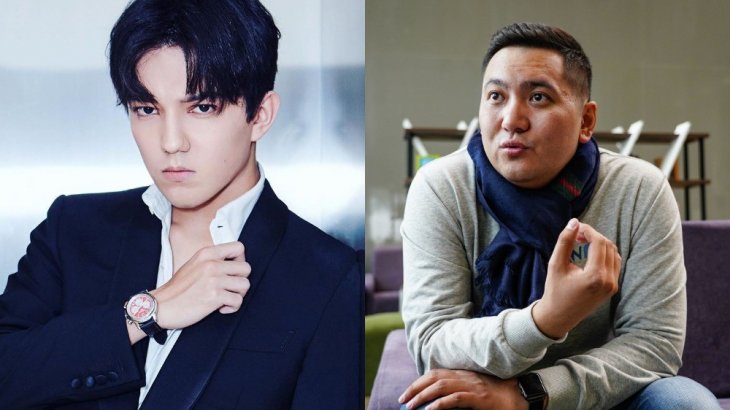 The journalist on his page in Facebook criticized the new creation of the singer.

“Weak clip, strange song. Only Dimash best and that’s all!

Does not match the talent Dimash. I’m sorry!” — the journalist wrote.

The opinion Sadira many users agreed.

Since the publication of the video “Know” the Dimash Kudaibergen last week, but the video did not get even a million hits. Many of the comments in a negative way:

“Clip no. The clip is cheap. Badoev, Cool, he would kill the Dimash and his talent. I’m an admirer of talent Dimash, every day listen-read-watch his speeches, speeches of his parents, learning the traditions of Kazakhstan. But seeing that I’m not going more than once. Or “Swans” or “Know” from Badoev failed. We do not want to impose — such as it is philosophy. Now re-fly the fans and will write that everything is super.

However, there were those who supported the singer in his creative vision.

“Enough to treat the Dimash of the consumer. He is an artist and has the right to Express themselves and to do as it sees fit. If you have nothing good to say, say nothing at all. You are in the market had to swing right… the cheese is not so clear-cut… hung… stuffing stale… it’s his creativity and his vision. And it’s just the way he wants to present.

Perhaps it can be called an artist if he will dance to your tune? It will not be the artist, and the product. He has the right to cooperate with artists, who like him, who understand his vision. Stop insulting all those around him. He is an adult and adequate man, educated, intelligent, cultural and spiritual development.

He will understand, with whom to communicate and work. Insulting these people, you are insulting him and his intelligence

As if he himself is unable to identify, knowing them personally, unlike you, who is worthy and who is not. Enough to be cattle. So swollen egos of these people that either the soul or the heart of the place remains”,

— wrote one of the users.