Punctures explains pediatric neurologist, candidate of medical Sciences, Kairgali koneev. The expert is sure that the key points in the current Code should be sent back for revision.

The code is contrary to existing laws

— Kairgali Ismagulovich, at the public hearing on “the Code about health of the nation” in late February, you openly criticized the Ministry of health. What, in your opinion, the main shortcomings of the current Code?

— Now at all on lips 16 of the controversial amendments, which tries to implement the Ministry of health. According to these amendments it is not trying to compromise, it is only changing words for synonyms, but the essence remains the same.

The main drawback of the draft new Code is that it violates many existing laws,

as, for example, the law on normative legal acts.

Let me explain. The code corresponds to the definition of the Code, as proposed by the Ministry of health the project is not systematized and overly detailed. The Code has too many dynamic rules, it is impermissible for a Code.

For example, article 27, paragraph 6, subparagraph 2: it is prohibited to engage in management of the state medical organization of health without a certificate of health Manager.

At the present stage, this approach begins to lose its relevance in connection with the dynamic development of market relations and private medicine. Private clinics increasingly aim to be patient-oriented and around one of the patient can arrange all three levels. Therefore, it is also a dynamic phenomenon that must be reflected in a regulation.

Article 188. paragraphs 4 and 5. A person with mental behavioral disorder (illness) associated with the use of psychoactive substances for treatment, has the right and obligation.

Errors occur in the draft Code, starting from the conceptual framework:

Article 102. The attending physician, providing medical care to the patient during his care and treatment in a medical organization.

Article 91. Health organization — a legal entity carrying out activities in the field of health.

The Ministry of health believes that the branch clinics without opening a legal entity, IE are not health care organizations.

The Ministry of health said that Deputy heads, heads of departments and heads of private hospitals are not health care managers.

But the worst anti-people in the Code is article 216, paragraph 7.

The subjects of health are required to report immediately to the coordination centre for transplantation, determined by the authorized body, as well as transplant coordinator at the location of the subject of health information on persons who have applied, or received inpatient treatment in a coma due to injuries or acute disorders of cerebral circulation, from the receipt or the occurrence of coma.

Heads of subjects of health responsible for breach of this provision in accordance with the current legislation of the Republic of Kazakhstan.

Item 8. Control subjects of health on the implementation of paragraph 7 of this article shall be implemented by local government health and public authority in the field of quality of medical services.

However, neither the conceptual apparatus nor the division of competencies is not a word of mention of this body (or the official) as the focal point for the transplant, or the transplant coordinator.

And it is unclear why the coordinating center for transplantation of the need to report any patient who is in a coma, not brain death patient?

The probability of exit from a coma in the first case. In addition, very often a short-term coma can be in the structure even of concussion in young people, who in any case do not give death.

— What, in your opinion, the Ministry of health was to organize work on the preparation of the Code to avoid any such amount of flaws?

The code on people’s health and the health care system is a legal act, which, of course, necessary for society.

For a breakthrough development of health it was necessary to develop the new Code. But the trouble is that it developed the Ministry of health, the leaders of which have no “selfish” interest in national healthcare. Because they are not patients of the Kazakhstan health care system, they are treated abroad.

chief state sanitary doctor of the city Ayzat Moldakarimova got quarantined in the coronavirus. But somehow, she identified a home, not a contagious hospital,

like all exposed passengers. She was taken to Europe for treatment for his mother. This was officially announced at a press briefing her Deputy A. T. Kulikova.

— Adopted unanimously in the first reading of this anti-people Code members who are also patients of the Kazakh health care system and who also, like their relatives, are treated abroad.

New Code had to be written not by the Ministry of health (is the Executive) and deputies — taking into account the needs of voters and the interests of the patient.

— If the Code is adopted in its current version, than it threatens?

— If the Code will be in this version, ultimately going to hurt the patient. There are no mechanisms for the development of patient-centric health system. 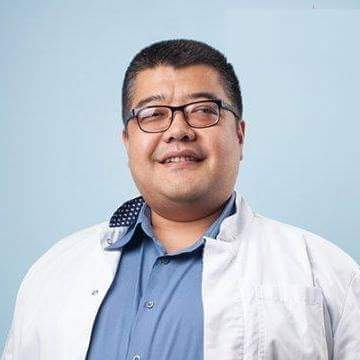 If the Code is accepted, will hurt doctors, they will find themselves between a “rock and a hard place”. On the one hand, we’re going to have negative mood of the population, with the other doctor, who by the standards of the Code will be required to act to the detriment of the patient. It will exacerbate the confidence of the patient to the doctor.

If the Code is accepted, a health care corruption will flourish

Those parents who do not vaccinate will be looking for “loopholes” to get around administrative barriers, and will receive the bogus medical exemptions from vaccinations. Or, worse, bogus vaccinations.

This will worsen the obtaining of adequate information on the level of vaccination of the population and lead to incorrect management decisions. In the context of the epidemic controllable infections fraught

During the period of emergency in egov.kz were committed cyberattacks. Details said Askar Zhumagaliyev, the Minister for digital development, innovation and the aerospace industry. “At some point, the portal was 15 million calls simultaneously. This is a load that exceeded what the regular modes and, of course, it caused some issues and we are addressing these problems disconnect the channels,” explained the Minister. The Minister assured that national experts reflected the attack and worked on…