Men who have sex with men and female sex workers. People living with HIV (PLHIV) and injecting drug users. As well as civil activists and volunteers of NGOs active in Kazakhstan. They will take part in the campaign “the Crucial role of communities.”

Initiative in honor of world day against AIDS was launched on 5 November. During the month, community representatives will be actively working in the field of prevention, diagnosis and treatment of HIV infection.

Teenagers from the youth centers of health can get acquainted with the activities of AIDS centres and the experts of the “hot lines” will give detailed answers to questions from the public and key groups. Will work and field offices of trust.

All the familiar faces

A press conference dedicated to the month practically did not differ from the previous one, passing the last 10-15 years. Also many years do not change neither the speakers, nor the main message — there is a lot of work. 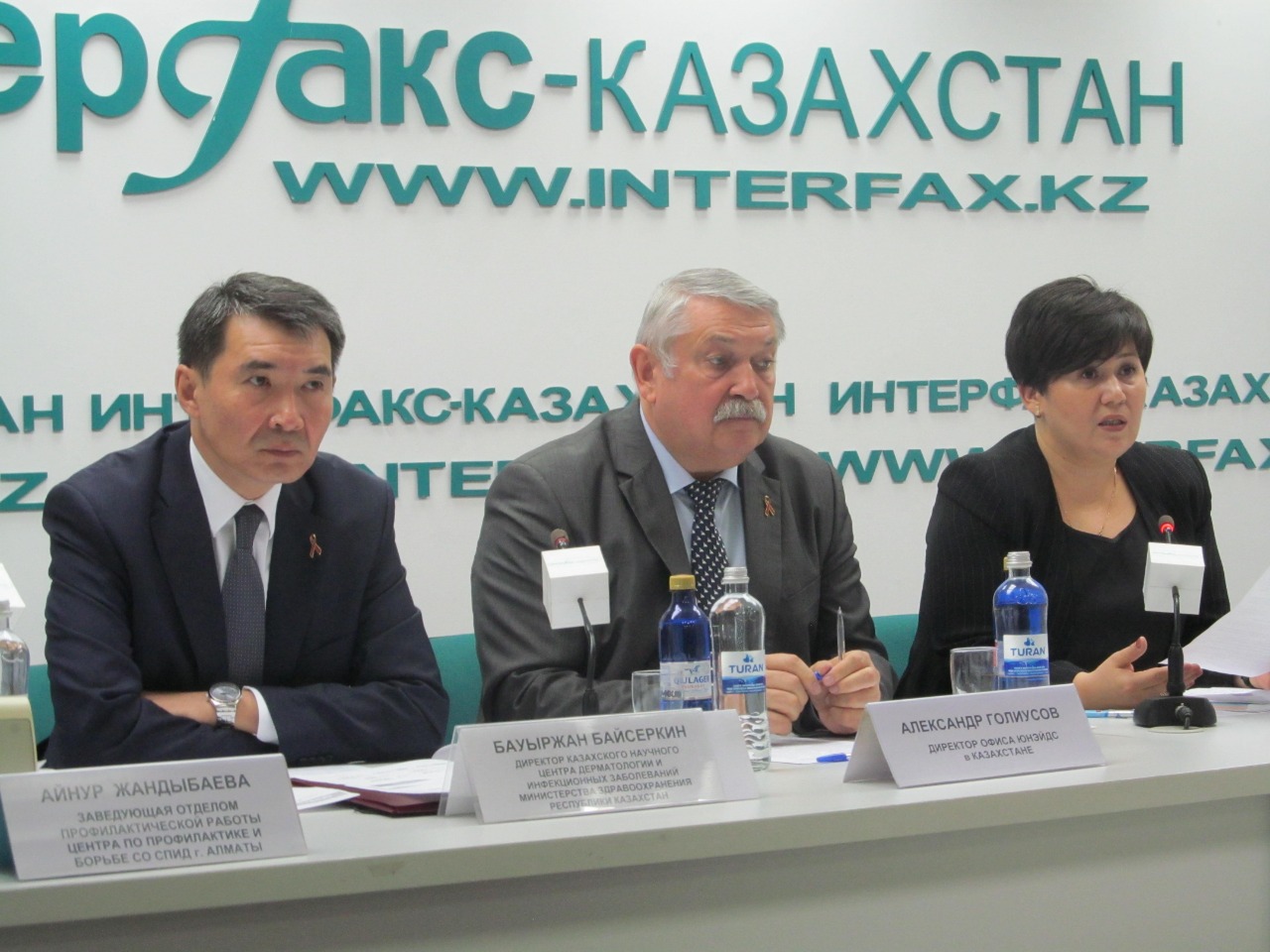 1 December 1988 who first proclaimed this date as a day against HIV/AIDS. Since the announcement of the fight the virus claimed more lives than all world wars combined. In 31 years of official control of humanity did not budge. In the regiment of infected people continues to arrive.

Today, there are about 39 million people living with HIV, including getting treatment and only 23 million have Died at the moment 32 million infected people. The relevance of the global campaign highlight the figures and trends of the HIV epidemic in the world.

According to UNAIDS, in the next 10 years the major growth in new cases is expected in Eastern Europe and Central Asia. According to Kazakh NGOs, in the next 11 years they intend to reduce the spread of HIV in the country to zero.

But the good news is still there. For example, the last 10 years women with HIV in 98% of cases give birth to healthy children. But 2% still born terminally ill. But the global goal it is to admit it as natural selection.

About how to prevent HIV carriers to become pregnant principle, the conversation is not conducted

The other good news – during the reporting period, the mortality of PLHIV (people living with HIV) decreased 1.5 times. And die more often (80%) from a combination of infections, and not AIDS.

Also free will be able to be treated more than 24 thousand of Kazakhstani people — that’s the number officially registered as living with HIV. The prices for antiretroviral drugs fell by 96.7 percent.

According to a press release of CNCDS MOH, in order to improve the availability of rapid testing for HIV are transmitted from the regional AIDS centres in NGOs. According to experts, this will increase the level of trust in non-governmental structures working on the principle “equal to equal”. This should provide easier access to key populations, where the majority of and spreading of HIV infection.

– Information, prevention, human rights and social work community ensure maximum relevance and validity of the response to HIV infection, focusing on the specific needs of people. In partnership with the state this activity allows you to keep HIV on the political agenda of the day.

Today it is necessary to mobilize communities. It will eliminate barriers to the provision of services by the communities to reduce stigma and discrimination towards people living with HIV

– the press service quoted Director of the Kazakh scientific center of dermatology and infectious diseases of Ministry of health of Kazakhstan Bauyrzhan Bayserkin.