— the problem of the high rate of teenage suicide in Kazakhstan were actively discussed in the media two years ago. What data there is for 2019?

— According to the General Prosecutor’s office, on December 1, we registered 148 cases of completed suicide and 282 attempts. This is less compared to 2018. In dynamics for 10 years, we are seeing a decline.

For example: in September there was a meeting of UNICEF, on which experts of the centre for mental health has announced that Kazakhstan is no longer included in the top three and even top ten, according to the figures we are now on the 12th place.

But here it is necessary to understand that the numbers are an interesting thing, and much depends on the mechanics of their collection. If the mechanic has changed slightly, respectively, could change the figures.

But overall, working in this field, we see small but systematic improvement of the situation. I think it has to do with the fact that now the question is do very many. We have a state programme for prevention of suicide and HBO. The problem is in the area of public attention, the control of parents and schools. That is why there is a positive trend.

— Two years ago, the main reason for the perpetration by children and adolescents of suicide was called mentality, that is, the intransigence of society, lack of communication communication between parents and children. Has something changed?

— Suicide – the problem is multifactorial, the causes can also be approached from different sides. For example, some start to analyze what it was: conflict with parents, bullying at school, unrequited love, etc. But we stand on the position that the suicide problem is still medical and is on the intersection of psychology and psychiatry. It is no accident that almost all who have attempted suicide, got on the account to the psychiatrist. 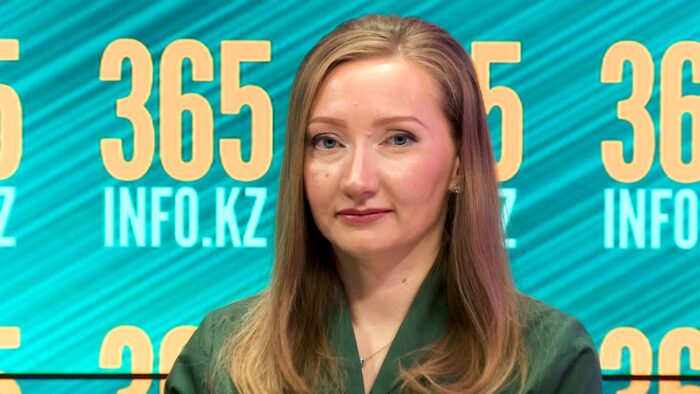 But there are many cases when parents say they didn’t see no reasons at all.

— It is necessary to understand that the suicide out of the blue happens. From a medical point of view say it is depression. But depression is endogenous and exogenous, that is internal, caused by physiological reasons, and external generated environment, school, family.

That is, each parent is very important to be very careful, because adolescence itself is critical. Begins hormonal changes in the body. Women who were pregnant, unable to remember themselves in that period: hormones are raging, controlling yourself is difficult. Feel the same way and adolescents: the body is growing very quickly, they do not have time to cope with understanding what is happening with their body, why skip the hormones and mood.

But despite the fact that its so stormy, the teenager has his usual behavior, and when it changes, should be on the alert. For example: if the child was withdrawn, and suddenly he changed circle of friends, there were some new strange friends, he had a lot of calls became too open, this change in behavior. Or Vice versa: the child was very sociable and was suddenly withdrawn, began to cry, closing, etc. – is also a change of behavior. Physiological habits — food, sleep – are also good markers.

There is a stereotype that a person who intends to commit suicide, anybody will not tell about it. However, the world health organization it has been proven that this stereotype is incorrect. Indeed, we see this: the person who is in this state, all the time looking for help and talking about it everywhere — on social networks, friends, parents. But the messages can be of different levels. Some children say that they do not want to live or what they are tired to live in this world, all without them will be better and soon everyone will see how they will become easier. Statements of this kind are directly saying that the child decided to do it.

— If no contact, that is, the child had already closed, and not talking about it?

Sometimes these messages are coded: the child begins to give away free stuff, visit some friends or relatives whom you have not communicated. The message is quite readable, just a bit of a closer look. As for how to respond – Yes, such things do not happen simultaneously. The correct phrase sounded about the contact should be the contact, this is the most important.

We talked about stereotypes and rigid society is also true. Because parents often treat their children as performers of a role. That is, we do not enter into a relationship with a live person, we enter into a relationship with a role, where the child has to achieve some things. The best prevention and way of dealing with this is a good contact when you and your child are in a state of live communication, share information, joy, difficulties. Here on this and need to work. And it’s not a task for one day.

— Remember, this was the story when the boy seems perfectly studied and all had been well, but still he decided on a tragic step. And outwardly it did not show…

The question here is, what do we have in society is meant by “prosperous” families. It is important to understand that we should not believe in material wealth or social activity. Sometimes parents say, “Well, what else does? We go to rest, go to sports, in some circles, why?”. However, in reality external factors. Cool that they are, and great if all children in the country will have access to free mugs. But this does not solve the problem of peace of mind, children are very important closeness with their parents.

— If you go back to the statistics where more suicides? In urban area or rural?

— More in rural areas. And among boys more than among girls. But in turn, girls have more attempts, unfinished action. Perhaps because they at least think their actions and make attempts to end. But in General, rural areas have less access to care, less communication, more traditional, closed culture, where may be embarrassing to talk about some things.

Full video version of the interview