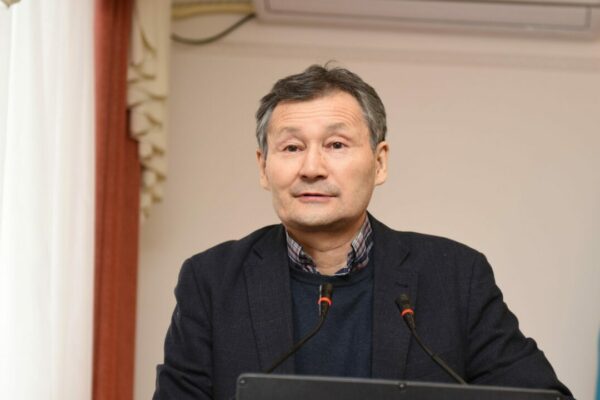 Most of them, sharing internatsionalistka views, however, identified himself as a representative of a particular ethnic group

To the sunset of Soviet power, national sentiment became clearly dominant, which was evident in the reaction of the Soviet people to the USSR dissolution. The majority was not against the preservation of the Union, but their national orientation, is undermining devotion to the ideas of the Union state.

So when they announced the collapse of the Soviet Union, they remained indifferent, as even more identify themselves with the ethnic group, says the sociologist.

He notes that when today a lot of resentment and bitterness, remember the collapse of the Soviet Union, we must not forget that the main initiator of this was Russia. The majority of Russian at that moment was also covered by national feelings and supported the policy of separatism, the then Russian authorities, including the peoples of the other republics of the burden, and that they supposedly contain them.

Nationalism as a new meaning

According to Esengaraev, all former Imperial and Soviet formations after their break-up people are higher tend to underline their national differences. This is usually the main method of finding its new identity.

— Besides, in the post-Soviet countries, nationalism occupies a special and important place in shaping the socio-political views and their identity in the underdevelopment of other ideologies. In such conditions

New form only in the distant future

Reflecting on the impact of nationalism on the development of society, the sociologist said that his height could not directly ensure the achievement of this goal. But this does not mean that nationalism can contribute to the development of the country or be an obstacle to development. A very long time the national self-organization of people is the collective core of the formation and reproduction of States and countries.

— Maybe in the distant future this form will be replaced by free associations of people, which would not require national-state separation. But before that, for its collective reproduction, they will have to rely on national education. The problem is that the boundaries of accommodation of ethnic groups does not always coincide with the boundaries of countries. Some are multi-ethnic entities.

It should take into account the fact that one type of nationalism does not exist. Is nationalism

and the formation of a single ethnic group. To understand what kind of nationalism we are dealing in this or that country, it is possible by answering the following questions:

Meanwhile, modern development of the forces of the ethnic community to evolve. From the tribal organizations gradually formed a single ethnic group. And if the country is multi-ethnic, instead of ethnic nationalism should come more generalized model in the form of a civil nation.

Modern society can be based on a certain ethno-religious core, as it was in North America. For a long time the basis of “amerikanskoi” and the basis of its identity was the formula of a WASP.

But American society with the growth of its multi-ethnicity could not be a country which would have remained only the Anglo-Saxons and Protestants.

Today, when ethnic and confessional structure of American society has changed both quantitatively and qualitatively,

we see the desire to develop a more generalized model of American identity. This can be seen in the Hollywood

one of the main institutions of America for the production and transmission of its meanings and values. In almost all films there is a mandatory representation among the positive characters of people of different Nations and races, — he notices.

Civic nation — the right path for us

Also seek to expand the idea of national identity in other countries, where increasing the level of multi-ethnicity.

— Of course, this process is quite difficult and even painful. But

For the modern development of the country more acceptable is the second way. And we see it on the example of developed countries, — says esengaraev.

According to him, in Kazakhstan it is important to focus efforts on the adoption of ideas and values shared Kazakh nation and contribute to the development of national civil identity.

Otherwise, unity is not achieved

we are the only ethnic communities that live together in a certain area, but devoid of the total value-symbolic framework,

binds us as parts of a single nation.

We must clearly realize that, ultimately, the legitimacy of countries and States depends on how the people living in this country, identificeret themselves as its citizens.

And if we want to see in the future of Kazakhstan were United and strong country, we must do everything so that it was based on a national civic identity. And its citizens, while maintaining their ethnic roots, should be at the same time patriots of their country — says the sociologist.