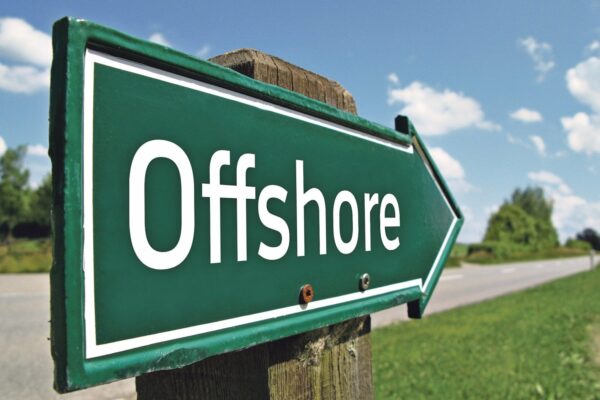 A study of three economists, one of whom is an employee of the world Bank (WB) proves that 5 to 15% of foreign aid to poor countries is pumped offshore by the elites in these countries. Their findings, researchers have provided the world Bank in November 2019. But the Bank itself published only on 18 February 2020.

And it happened after the appearance of the first articles in the Economistand then in the Financial Times.

In particular, the Economist has linked the dismissal of the chief economist of the world Bank, penny Goldberg with the study conducted by her Department. The publication reported that the results of the study allegedly blocked for publication by the WB. The reason this document shows that

The world Bank, contrary to its mission, the fight against poverty, helps the elites in poor countries to increase private capital

In turn, the Financial Times, citing a draft of the study, briefly describe why economists come to such conclusion. The world Bank has posted the study on its website, and via Twitter said that the delay is due solely to the verification of some conclusions of the authors.

Where does the idea?

Before describing methods and tools used in the study, the authors explained why generally undertook this work.

“The effectiveness of foreign aid remains controversial. Analytical works tell us how aid is spent as it fuels the economies of poor countries, and ultimately stimulates the growth, improving the achievement of development and poverty reduction.

At the same time, the fact that

raises concerns that aid flows into the pockets of ruling politicians and their cronies”.

By the way, two of the authors, jørgen JUEL Andersen from the Norwegian business school BI and Niels Johannesen of the University of Copenhagen in recent years studied the strange trend

once on the world market, rising oil prices immediately from the oil countries increase the flows of Finance in the offshore

That’s actually why they decided to see if there was any such foreign financial aid to poor countries?

Those who fell under the microscope

The study uses the quarterly information on payments assistance from the world Bank, covering 22 countries. These data, the authors correlate with the statistics of the Bank for international settlements (BIS ), which shows the financial flows between countries. Including in offshore areas where a high level of secrecy. For comparison are considered and the flows between the countries-aid recipients and Germany, France and Sweden, where banking secrecy is less important and harder to keep the name of the account holder. In these areas the activity cash flows after receiving foreign financial assistance is not observed. Unlike offshore companies.

From the former Soviet Union there are 22 recipient countries, only Kyrgyzstan and Armenia. As explained by the authors themselves, these countries are selected because the amount of aid relative to the size of their economies is significant. The local banking system is poorly developed, if not absent. So it’s easier to track the outflow of funds offshore.

For richer countries the world Bank loan — drop in the financial sea, and how much derived from the country is nearly impossible to determine.

What are the conclusions?

As soon as these countries receive substantial amounts — more than 1% of GDP, almost immediately begin to drain money offshore. At an average of 7.5% is obtained. But it is possible that output a lot more.

“Such a scale — the lower the threshold, since it takes into account only funds sent to foreign accounts. This does not include spending on elite real estate, luxury items and so forth,” the study says.

If the scale of assistance is increased to 3% of GDP, which is typical for extremely impoverished countries due to the microscopic amount of their economy, the share of outflow is doubled to 15%.

“It can be argued virtually error-free, that the beneficiaries flows of currency in the offshore during the periods of assistance are representatives of the economic elites.

The exact mechanism of the transformation of aid flows to the outflow of money is more difficult to assess, but the most

As recognized by economists, the study has its limitations. For example, they can’t say who withdraw funds from the country, because the BIS statistics only takes into account the total flows for the quarter between countries. But does not give information on legal or natural persons.

Why is it a crime?

The authors explain why they are not ready to accept the version of the legal origin of Finance, which are derived from countries in offshore.

First, periods of sharp increase of financial flows coincide in time with the assistance of the world Bank. In this case, the flows go to tax havens and banking secrecy harbour — Zurich, Luxembourg, Singapore, Cayman Islands, etc. there is No recovery on the London or new York direction is not observed, although they are the world’s financial centers.

Secondly, the money withdrawn is not, the contractors of the projects implemented with world Bank funding. The authors of the study used the statistics of the Bank for international settlements. It takes into account the advent of money as a transfer from a specific country, and as the increase of deposits of local offshore companies, for example, in Bermuda.

Third, rebalancing of portfolios of commercial and Central banks in this case. The study only applies to transfers of non-financial organizations and individuals.

The authors also emphasize that their conclusions about the impropriety of political elites reinforce the results of previous studies. There is enough scientific research to prove —