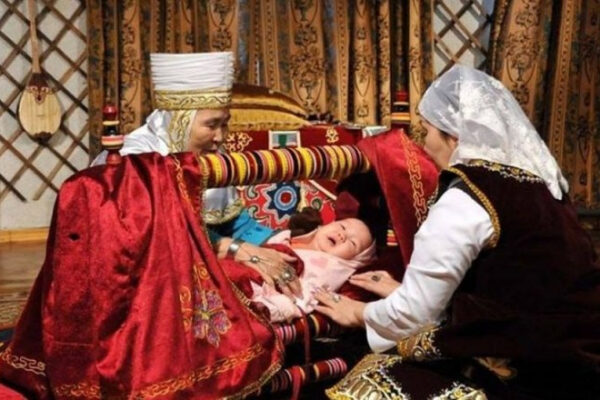 Name as protection against the evil eye

“In Kazakh family traditions the name of the newborn, gave the father-in-law and mother-in-law, or eldest of the dynasty. With living parents young never claimed to choose a name for your child according to your wishes. Used to be afraid of backbiting and excessive praise because they believed in the power of words and the evil eye. Due to the high infant mortality kids called Amansala, Zamankul, ITAC, Kuchiki, Zylkiya etc. All this was done for the benefit of the child, he survived and was protected from the evil eye.

“Recently my daughter Zhansaya, who is studying in primary school, showed a photo of their class. I looked up the name of the children, and was amazed. Girls Jasmine, Anel, Janelle, Izaura, Eileen, Elizabeth, Catherine, Diana, Of Tiara, Louise, Ainara, Carbines, Eleanor. The boys mostly names begin with the prefix Nur: the Nurislamov, Nursie Nurbol… was Also Herman and Tom,” writes the author.

Our next generation we should let Kazakh names, which correspond to our mentality. Because now the children learn from us everything of value and tomorrow will show what they got at home. A departure from the traditions of his people can bring serious consequences.

Kazakh name, together with the Kazakh education will help to grow a decent generation