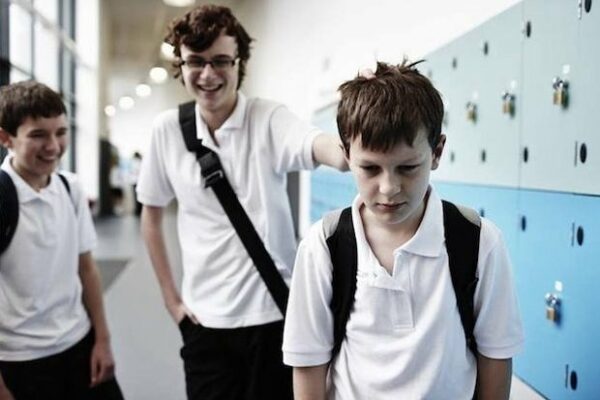 Followed by unwanted physical contact, words or obscene gestures. All

Moreover, with the development of new technologies and the popularization of social networking, a new kind of harassment. Here are insulting messages over the Internet, posting disparaging comments on social media and the like.

Who often becomes the victim of bullying? Experts conducted a survey “the Behavior of school-age children in health” (Health behaviour in school-aged children — HBSC). Adolescents were asked how often they were victims of bullying or have taken part in such.

It turned out that

Participated in bullying one or more times per month 20% of adolescents. As a rule, boys 11-13 years old. However, the prevalence of this phenomenon by the age of 15 is reduced.

According to scientists, as victims and

But it is worth noting that these indicators of interest to experts only once every four years.

According to scientists, to counter this problem of adolescence will help prevention, including the use of disciplinary measures and the improvement of social climate in the school.

And this question is so important that they are attended to at the state level. It is expected to implement a comprehensive strategy of prevention programmes and raise awareness about the problem. In addition, will develop a support service to victims of harassment.

But the main role still is given to parents. This was stated by the President of the Association of psychologists of Kazakhstan Vladimir Steblyanko.

According to him, bullying existed not only in progressive times, but it is always manageable.

– It is very important the role of parental care, patronage, support. A teenager enters into adulthood and faced with behavioral difficulties, which is quite natural.

I, too, constantly face it, this is quite a common social phenomenon. But

there should be parents, they should teach their child to behave in a critical situation

In a situation where he faces various difficulties, including aggression from society. When the teenager trying to take a mobile phone or pocket money, it is a common phenomenon, and I wouldn’t call it a trend of today.

We were all teenagers

I too was a teenager and also fell in a similar situation. Me

I have two sons and I taught them this at the time.

– And your sons managed to avoid such situations?

– Yes, they have learned to avoid them. But if it happens something similar, the boys behave properly in and out of this without any complications.

Here is an important parent care, attention and understanding.