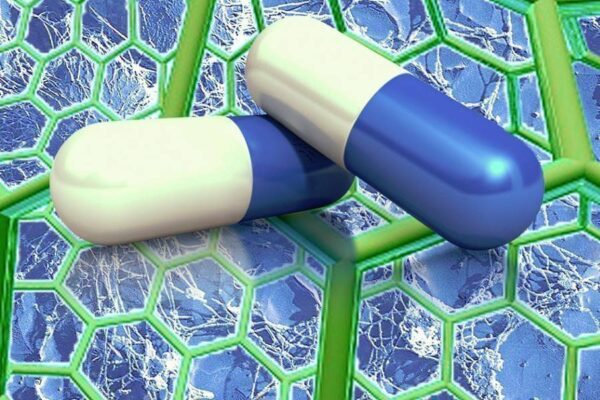 A new report by the American Center for control and prevention (CDC) we are talking about the global problem of resistance of infections to antibiotics.

Although the report focuses on the US, experts say the global dimensions of the problem. According to their calculations, is now 700 thousand people in the world die each year from drug-resistant diseases. And if you do not take radical measures, by 2050 this figure will rise to 10 million a year.

Resistance to drugs has developed because of misuse of antibiotics

in the treatment of humans and animals. In addition, drugs based on antibiotics are actively used for growing crops.

Any new antibiotic gives excellent results, at times rescuing many lives. Gradually, however, its effectiveness falls as pathogenic bacteria adapt. The result is a disease that the doctors don’t know how to treat.

Infection on the verge of victory?

The report also noted that now the situation where a simple hospital procedure, such as cesarean section, have become more dangerous. At times

increases the risk of infections because of the ineffectiveness of antibiotics

For several years medical luminaries have warned that the world is approaching the era after the antibiotics. That is, there comes a time when antibiotics will largely be useless, and drug-resistant pathogens can all too easily harm the health. Nevertheless, the massive use of antibiotics continues.

Doctors prescribe antibiotics even for conditions when they do not benefit

For example, for colds and flu. While pastoralists actively use them in the cultivation of livestock and poultry.

“Please, stop to refer to the coming age after the antibiotics she’s already here”, — the report says the CDC. “We already live in a time when

some miracle drugs are no longer capable of miracles

We no longer know how to fight the microscopic enemy.”

Quoted and Amy Mathers, head of the infectious disease lab of the University of Virginia. She stated that in the United States significantly increasing the number of patients infected by bacteria for which no effective antibiotic.

“Ten years ago, this patient was very rare. Now I am faced with such cases at least once a month.”

Here’s what the experts CDC recommends that Americans

The report highlights three main ways of curbing the problem. By and large they touch the professionals — medical professionals and veterinarians. However, these recommendations can be forwarded to all of us.

Prevention is the best medicine. It’s a cliche, trite, but nevertheless the importance of prevention was, is and will be the primary means of combating the spread of diseases.

Physicians should ask patients whether they received recent treatment at another hospital or went to another country (the bacteria can easily spread across borders), and ensure that patients receive recommended vaccines.

You, as an individual, can help to prevent infection, washing hands often and practicing safe sex. In addition, if you are going to travel, you need to get recommended for the guest of the country vaccination.

Reducing the use of antibiotics

According to estimates by the CDC, offices of doctors and emergency departments in the USA only prescribed to 47 million courses of antibiotics each year for infections that need no antibiotics. This is 30% of all antibiotics prescribed data medical institutions. Health workers, and agricultural workers can reduce the resistance by using antibiotics only when absolutely necessary.

The same applies to you. If you have a bad cold, the flu, diarrhea or something similar, do not rush to take an antibiotic. Consult your doctor, if you need it.

Barrier to development of resistance

Health workers must report to the Department of health about all cases when a certain medication does not produce the desired effect.

Why not developing new antibiotics?

CDC experts say that breakthroughs in the field of new miracle cures should not count. The result of the limited business incentives in the pharmaceutical industry in the period between 1962 and 2000 there was approved a new major classes of antibiotics for the treatment of common and fatal infections. And since 1990 78% of large pharmaceutical companies curtailed research in the field of antibiotics or even reduced them.

To conduct research and development needed to bring to market a new antibiotic, it takes a lot of time and a lot of money. Most new drugs fail. Even when they succeed, the returns are small.

Antibiotic that, at least in theory, is a drug of last resort, not sold as well as a product for daily use. So for biotech companies financial incentives just yet.