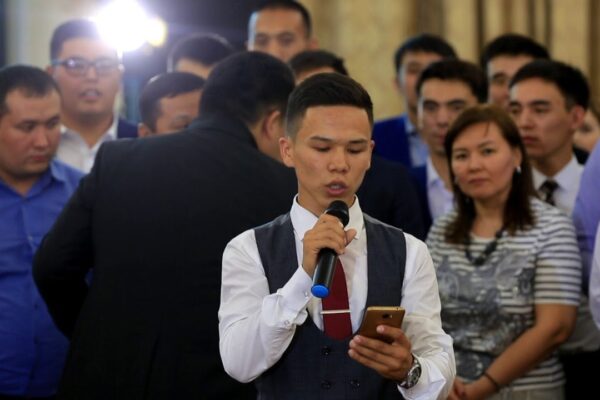 Kazakh poets and writers told Sputnik Kazakhstan, which, in their opinion, unnecessary in the modern celebrations.

Playwright Tholen Abdic believes that to change the format of today’s Toi takes time — one day rooted stereotypes do not change.

“Probably, should be replaced by generation. Yes, there are boring Toi, but there are interesting. Much built on stereotypes. For example, the word give all the guests, they all want to speak. Guests tired of this. And the music is loud, and I want to sit and chat with people. This is not possible,” says Tholen Abdic.

The writer cited the example of foreign events. There, guests talking, discussing different topics and even if toast, the short.

Also, according to him, the people should unite not beautiful words, and one person, and values.

Without the toast — a reality

And the head of the Union of writers of Ulykbek Esdaulet said that he had had that for my daughter without toast. The happy event was conceived in a concert setting — the guests were satisfied.

Distorting a tradition of Toi, we will bring up mankurts — toastmaster

“For the daughter I had no toast. All good wishes were uttered by the master of ceremonies. For example, saying that at this table sit such a family and this song sounds. For guests following table will feature kui, etc.” — said the poet.

According to him, one of the guests came up with the claim that he was not given the floor. Only at the end someone admitted that the party went with a Bang, but himself he had not dared to do that, because his relatives would have left dissatisfied.