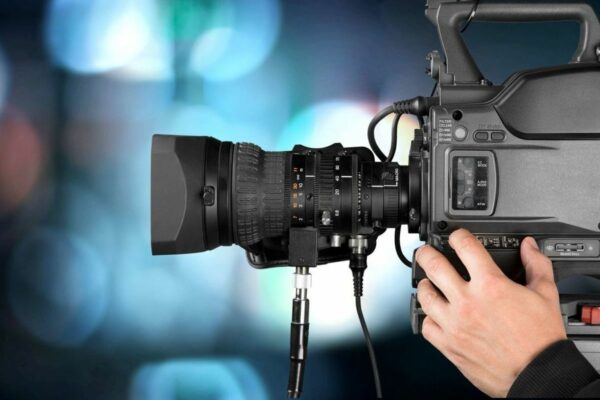 Oddly enough, this skeptic wrong. The national centre for the support of the national cinema of the Ministry of culture, tourism and sports is funding a variety of films, funny and sad, problematic and even controversial.

Examples of “untamed truth” in the pictures that were shot recently on public money, lots of it. No jingoistic censorship — that is the principled position of the Minister Aktoty Raimkulova.

The only criterion is to what extent this film is talented. All. The decision is only Advisory Council, consisting of the most advanced filmmakers. Among them, again, enough “uncomfortable” — those who do not much like the typical propaganda picture about our country.

In short, no one is limited in creativity, ideas or ideology. Important: your film must be a masterpiece.

Almost 150 applications for Directors and kinoprodyuser centres taken up for consideration during the second annual pitching (that is, competition for funding) from the State support center of the national cinema of Kazakhstan under the Ministry of culture, tourism and sports of Kazakhstan.

All the proposed scenarios divided into five genre-themed categories. There are no restrictions: if the idea of the script and the Director really bright, and they’re approved by the expert Council, the funding will be.

The first group of applications – short films. As noted in the Ministry, a category created specifically for young Directors, so they can Express themselves and try to force a big, serious movie.

The second group of scenarios is called “film debuts”. Already quite serious films from filmmakers for whom this is their first big project, the more experienced and advanced, already shot bright talented short films. In this group, by the way, there are many “uncomfortable” and “controversial” by the standards of traditional propaganda, ideas and stories.

“But we’re not the Ministry of propaganda. We support the arts,”

smiling head of the state center Gulnara Sarsenova, author of “the Tulip” — a film about Kazakh customary life, get in their time of notoriety.

There is, in General, and there was nothing “this”, but someone upstairs decided that either gender in a Yurt too dusty, or the clothes of the rural children in the frame too dirty. In short, great rental this movie is not allowed. Just as in Soviet times clever uncle with thick glasses floated on the shelf the famous “kin-DZA-zda” Danelia, “Prairie thunder” Begalin, and many other paintings…

The third category of future film credits, applying for financing, it’s a documentary. It is no secret that in the documentary cinema of Kazakhstan, there are obvious problems. Too few young filmmakers working in this genre, while the “old guard” is alive in captivity propaganda template, is clearly behind the times.

“We want to pay special attention to this category of films, to Fund the most interesting projects in order to give a second life to domestic documentary cinema”, – said the Minister of culture Aktoty Raimkulova.

Next, you format movie art house. The Ministry is highly interested in unusual and aesthetically succinct scripts that may be incomprehensible to the mass audience, but are fully consistent with the laws of both modern and classic cinema as art.

Talented Directors working in this direction in Kazakhstan a little. And, as the Minister said Aktoty Raimkulova, it is necessary to maintain funding.

“Because they create those pictures that make the image of the country doing PR for the country at international film festivals, receiving high status of the prize – explains his position of the Minister. Many of these films are nominated in the three most prestigious international award such as an Oscar, Golden globe, and our “Asian Oscar”. These Directors need to maintain, it is a question of our country’s image. There is nothing that makes it like a cinema and sport”.

A separate group should be animated films. Yes, Yes, those cartoons. This year, the Ministry of culture has undertaken many efforts to create incentives for the development of the genre. Double-gathered all the animators of Kazakhstan, to define your strategy and understand the problems of our animated films.

Analyzed the experience of the famous Russian company “the Mill”, which is about ten years ago, again with the strong support of the state, began to make cartoons and feature animation films of the world level, such as “Masha and the bear”, “Three heroes”, “Fortress” and others.

Existed at that time, ideological inquiry into the formation of the young generation of patriotism and the Russian identity was made by such a consolidation of resources. Kazakhstan Ministry of culture is now exactly in the same way, referring to the creation of high-Kazakh animated film with a powerful game stories and Patriotic, purely Kazakh personal overtones.

Cartoons: we will have our own “bear”

Recently, representatives of the Ministry have gathered for this work about 40 best multipliers.

As noted in the Ministry, a goal similar to that pursued by the Russians ten years ago. It is necessary that in Kazakhstan there is a new wave of interesting children’s cartoons on a world level. The question is specifically about the development of a full-length animated movie and cartoon series format.

“We need to create a new series and develop those who have already had success in the country, – said the Minister. – Professional resources of this very narrow and difficult areas must unite. A good full-length animated movie makes an average of 200-300 animators. And we in Kazakhstan there are only 50. Therefore, in order to make a good movie, we will have in any case to seek help and to attract foreign animators-animators”.

By the way, on these issues in Kazakhstan was visited by two prominent managers from the sphere of animated film Russia — the General Director of the Soyuzmultfilm and CEO Visaart Animation, the famous Voronezh animation Studio. The Kazakh side focuses not only on internal projects, but also on joint production. This will allow more Kazakhstan images in the world. On this including today directed the search for conditions of cooperation with leaders of Russian animation genre.

“Kazakhstan has to know!”

Another separate group of applications focuses everything about co-productions with other countries. This films to a mass audience of different genres, including Comedy, which we love, and romance, and war movies, and the same cartoons.

On these projects work with independent production companies, film companies and film studios. Joint films, an interesting and promising area of work from the point of view of not only creativity, but also the coverage of the audience. Movies that were filmed in conjunction with other countries, allow Kazakhstan brand new film markets and new audience.

It works not only to expand the fame of Kazakhstan in the world, but also on the revenue growth of our cinema abroad. Finally, it gives more fame to our Directors, creating for them a kind of springboard. I remember in due time such was Timur Bekmambetov working in Hollywood today.

“We need to go beyond our market, which is quite limited, because we have an active audience of over 3 million, a maximum of 5 including children. Whereas in Russia, they have tens of millions. And in Europe, America? We should use those Windows of opportunity that gives us the modern film market.

That is why now we are expanding our cooperation — first within the CIS. Soon will take place the Week of Kazakh cinema in Russia – this is the area that attracts the attention of the best Directors of our content. There is a project to create a joint 10 movies from Russia. And this is only the beginning, only a part of our plans”, – says Aktoty Raimkulova thoughts on the prospects of development of cinema.

Maybe this is really just the beginning? In Kazakhstan know how to make good movies – that’s a fact. So why not make the film industry more and highly profitable sector of our economy? The ambition in this matter is clearly not hurt.