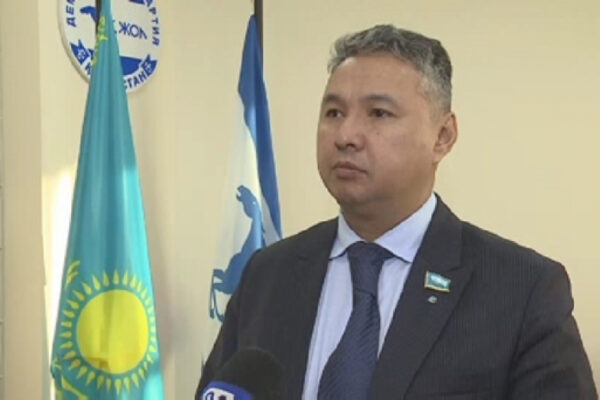 But all this is the work of human hands.

March 11, 2010 due to a dam break washed away the village Besagash, Almaty region. Officially, 43 people died, more than 300 were injured. Guilty of the tragedy were the owners of the reservoir, saving water for the summer.

1 APR 2012 in Karaganda district “Besoba” collapsed five-storey building. There were no casualties as people had to urgently evacuate. The investigation showed that the building was built without a Foundation.

December 25, 2012 near Shymkent crashed military passenger aircraft an-72 with the entire leadership of the border service of KNB on Board. Killed 27 people. The cause of the accident was a number of factors, including human.

24 June 2019 in the military part of the city Arys exploded munitions. Killed four people, including an 8-year old child. The cause of the tragedy was the negligence of the officials and failure to comply with fire safety.

In the Almaty neighborhood Algabas in early December 2019 year gave a roll of 9-storey residential building built on a clay thinner. People have already relocated. There is a trial.

27 December 2019 at takeoff from the airport in Almaty Nur-Sultan crashed passenger plane Fokker-100 airline BekAir. 12 dead, fifty injured. The causes of the crash will be known on January 10, according to the results of the investigation.

All these deaths are somehow connected with human activities. Punished much less the victims. A system of permits and controls work as before, as if nothing had happened. When Kazakhstan comes personal responsibility for system errors, we asked the head of the party “AK Jol”, Majilis Deputy Azat Peruashev.

— From itself personally and from the party’s deepest condolences to the families of the victims. Wish a speedy recovery to the injured passengers and crew members. All of them health and long years of life

— transferred words of sorrow Azat Peruashev at the beginning of the conversation.

— If to speak specifically, the plane crash in Almaty, I think it’s right to wait for results of investigation of causes of the tragedy. Now too many emotions. They are clear, they are correct. Nevertheless, let the aviation service. Including international, as at this level, practice should be summarized.

— What do you think is possible in Kazakhstan to introduce the practice of personal responsibility for system errors?

— Our party since 2013 have repeatedly raised questions about it. Including the personal responsibility of officials and any person for certain events and violations that had not only serious consequences, but in General, affect the possibility of occurrence of serious consequences. Because the violations in the sphere of security is a violation of the technical regulations, established standards, procedures and standards.

Every mistake and tragedy has surname, name and patronymic. By itself nothing happens

It’s one thing when a disaster caused by natural phenomena. And another technological and man-made accidents associated with human activity and equipment failures. Many could and can be prevented in the future, to observe the country’s rules and regulations.

These are the questions we repeatedly put. But I think here they need to put wider on the personal responsibility of state bodies and officials for their earlier decisions. Because corruption does not entail death, but it leads to their impoverishment, the gap between rich and poor. In the end, this affects the level of security.

The rich man is easier to secure and safe transportation, and safe health care. In contrast, those who rely only on state guarantees.

— Failure to comply with duties officials should increase personal responsibility. At our request and at our request, introduced the practice of concluding memoranda with the newly appointed Ministers and governors. They list their responsibilities. However,

despite our requests to make these memoranda public, they are still inaccessible to citizens

It’s one thing when published the tax returns. It is right and important. But with regard to the execution by officials of their direct official duties, in the public field there is no practice of control over it. Another such query we did a year ago, but the distinct answer have not received. So again, back to the topic. Everyone should understand what they should do official and for that it if anything and then be off three skins.

— In the investigation of accidents with victims and the victims always generates a fee. They include officials of competent authorities of different experts. However, the results of these investigations are not made public. Do I need to include in the Commission members of the public to monitor objective and impartial investigation?

— I will say the unpopular thing. To include in special organs, and especially in the Commission on investigation of accidents incompetent members of the public, it is wrong. This should be restricted to professionals who know all the nuances.

To avoid bias, the Commission should include representatives of non-governmental associations of the same pilots, because such Association is.

Another thing is that

It is sufficient to oblige the state authorities in the case of high profile events to disclose the results of the investigations in full.

We have also repeatedly raised the issue of giving the deputies the right to initiate parliamentary hearings on certain high-profile issues affecting large number of citizens. Then the society will have a complete picture of what happened and who is to blame.