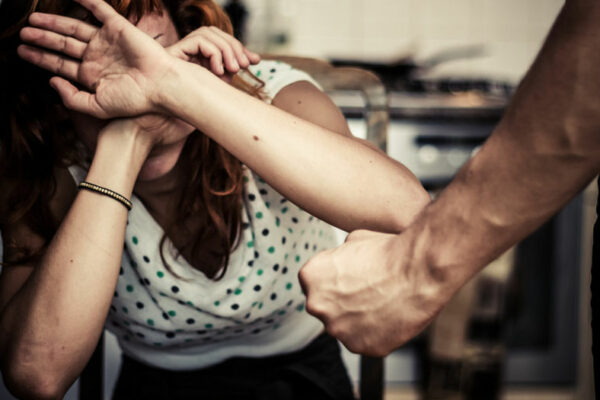 According to the President OF “Institute of equal rights and opportunities of Kazakhstan” Margarita Uskenbaeva, in this case the capital is not unique, it is one of many. Domestic violence, unfortunately, the phenomenon is very frequent.

– Can you tell us about the most terrible cases?

The most glaring occurred with our employee of the shelter for victims of domestic violence akerke Baigazieva. 24 Dec 2015 Wa woman burned her husband, she got 18% body burns. According to her, all of it happened because of financial problems. Akerke demanded that the husband compensated for the costs of her mother that she was forced to suffer.

– One day her husband came in and said that he needed 60 thousand dollars. And if they now will not give them, they will kill whole family: him, akerke and her three children.

Of course, the woman began to look for opportunities, I sold mother’s house and gave the wife the necessary amount. The rest of the money she found mother a house mortgage. Some time later, akerke beginning to require the husband to return the money. On this basis, according to her, they started all these, to put it mildly, divisive.

Doused with gasoline and torched

They went so far that all ended in tragedy. Once together, the couple drove the car to the market, my husband bought a five-liter plastic bottles of gasoline. When they returned home, and they lived in the private sector, he closed the high gate, one that was neither audible nor visible, then in the middle of the yard poured it from the top with gasoline and set on fire. Rvenom was a two year old son. It all happened in a matter of seconds. They stood there, smoked and talked as if nothing had happened.

What they smoked, then served as a pretext to justify her husband’s.

He said akerke smoked and itself on fire. Believed this version and in the hospital!

As a result, he was not bound by any responsibility — the fact of arson to prove it was impossible.

In addition, the spouse of the victim was a lawyer and was able to imagine the situation so that escaped any responsibility. Now akerke works in our shelter.

— Other cases – fractures of the jaw and limbs. So, there was a woman with 15 stab wounds. Now we live in another, the husband stabbed her 25 stab wounds in the head, then Lil foot oil and set on fire. And such terrible stories very much.

– What are you talking about women who come to your shelter? Why do they tolerate this?

– They talk to psychologist, lawyer and all of us. Ask how they lived and what preceded this? It turns out that

women usually were abused for many years, suffered humiliation, insults and beatings

Reasons, forcing them to endure different: that “our children”, joint life, joint economy, the house. Often they even have their own dwelling there – I live in a rental. Nevertheless, all suffer over the years, explaining that children need a father. Women believe that all of this will take place, the husband will come to her senses and will come to a happy life.

But we know that the cycle of violence is on the rise, and generally more – more. Economic constraints – in the media and eating, the woman could not afford to buy even an extra dress. We rarely talk about economic violence, but in vain. It’s very common.

I understand that when husband and wife agree to live on a joint income and all funds go to the “common pot”. What to do when he says to the spouse were at home, and he will work to provide it, and he does not provide?

There are opposite cases. We have a woman with four children, so one of the girls had hemoglobin 51. And all because the mother worked all day, put them, and the husband all this time was lying on the couch.

Younger General as Mowgli grew up — low hemoglobin, poor care, inadequate nutrition. Now we, with great difficulty, its a bit raised, now above 80.

It always has been

– Why this comes as think? After all before such was not.

– Yes, I beg you, always have been! The same power relations. Violence is an extreme form of power. Power gives the dominance, the control of the woman, her life and behavior. In fact, this control of sexuality. That’s what it comes down to. The government gives all. Even at the household level.

How to start a violence

– When the violence starts and how to recognize it?

In the first place, when the husband begins to limit a woman to control her behavior

“you don’t say, don’t go, don’t sit, don’t do makeup” — is already a symbolic violence. This begins tocontrol physicality, behavior. Then go to restrictions — “do not go there, there, don’t talk, don’t come to work, to the store,” etc.

Gradually it comes to what a woman is, in fact, is in prison. And then there is the violence physical and psychological.