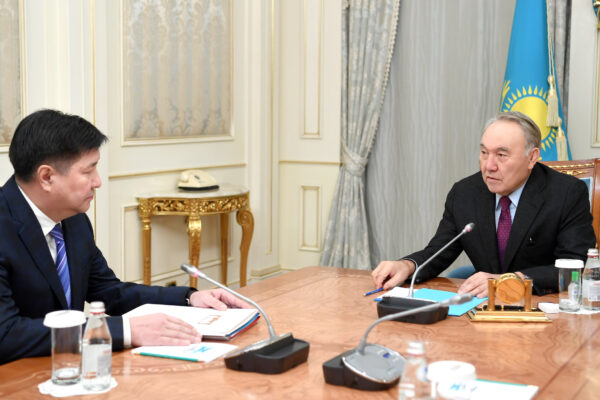 The first President of Kazakhstan emphasized that the courts occupy a special place in the state administration system, noting the importance of further enhancing the confidence of the people to the courts.

“On the agenda always remain topical issues of protection of citizens’ rights and increase public confidence in the judicial system. Been done much work in this direction. The development of this sector is given special attention in terms of the nation’s “100 steps”. Scheduled tasks are executing, the performance is good. Confidence in the courts is increasing”, — said Nursultan Nazarbayev.

In turn, Zhakip Asanov told the President about the results of attestation of judges, the measures taken to improve the quality of judicial acts, to reduce the burden on judges.

“We started the certification of judges under the new methodology. In this year of the 377 judges who participated in the assessment, 11 percent were not in it. Until the end of the year the certification will be another 260 judges. Thus, in 2021, 84 percent of judges will be covered by the audit,” said Chairman of the Supreme court.

The first President of Kazakhstan drew attention to the fact that the efficiency of the judicial system is an important issue for many foreign countries.

“The attitude of courts is changing. However, you have a lot of work. Not only one we’re working on that, but other States pay particular attention to this, — concluded the head of State.