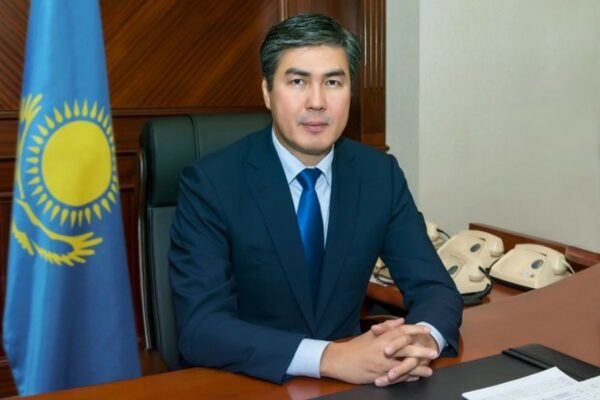 “Assign asset Issekeshev, assistant to the President — Secretary of security Council of the Republic of Kazakhstan”, — stated in the decree of the President.

After receiving higher education asset Issekeshev has begun service in bodies of Prosecutor’s office of Almaty city, where he was in charge of the economy, the socio-political situation and criminal prosecution.

He then worked in the Ministry of justice as the Director of the Department of registration and control over normative legal acts of Central and local authorities.

In different years he was the assistant to the President, he held the posts of Minister of industry and trade, Deputy Prime Minister, mayor of capital city and head of the presidential Administration.

As mayor of the capital in its guidance of the regional operational headquarters. as well as the regional anti-terrorist centre, which has controlled the criminogenic and socio-political situation in the capital. Issekeshev, by implementing various advanced control systems (for example surveillance “Sergek”), crimes in public places are reduced by 15%, while the number of road accidents and deaths on the roads reduced in 2 times.

All this has allowed to effectively, and without incident to play at a high level of significant international events such as Expo 2017 and the 20th anniversary of the capital.

Held the position of head of the presidential Administration, Issekeshev, Chairman of the Republican operational headquarters, Commission on personnel policy in law enforcement bodies, on the highest military, special and other titles, class ranks.

Under his leadership, developed a program of further development of the judicial system; modernization of internal Affairs bodies; the development of public services and fight corruption; Map regional issues; created a specialized unit for information work in the Internet.

The Security Council is now becoming a strategic body which encompasses not only law enforcement and the judicial system, but also the economy and also the challenges of domestic and foreign policy.

Earlier the post of Secretary of the security Council was occupied by Kalmukhanbet Kasymov. By presidential decree he was appointed head of the state security service.