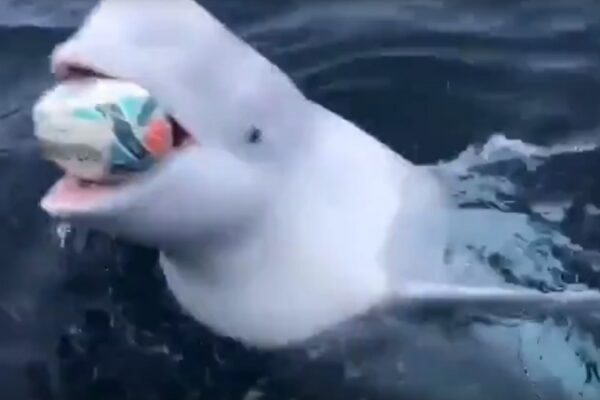 Unique footage was shot at the North pole.

The campaign of the South African research vessel Gemini Craft to the Arctic ocean over the training of the local Beluga whales playing Rugby, reports TJ.

Sailor Alon Cohen was filming the incident on video and uploaded it on the network. The video became viral just a few hours.

“The whale celebrates the victory of Antelope,” said Alon Cohen, making a reference to the victory against South Africa in the Rugby world Cup (November 2019).