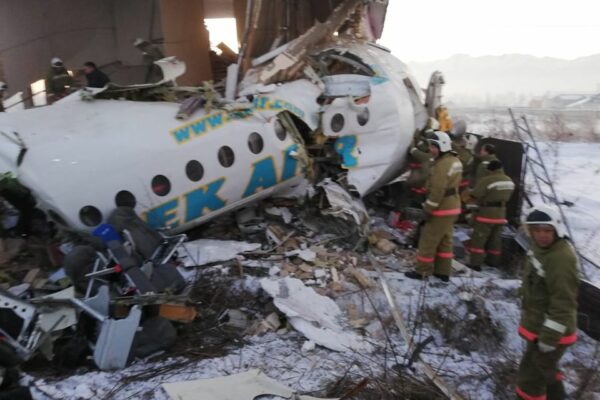 The co-pilot of the crashed vessel recovered consciousness, he was transferred from ICU to a specialized Department, according to Sputnik.

— Stabilized. The pilot already in mind, it is relevant Department and not in intensive care. Talking, answers the questions adequately, — Rrasskazala Ayman Baisultanova, performing the duties of the head physician of city clinical hospital №4 of Almaty.

It is also reported that hospitals in the city are 27 people, including seven children. Three more patients are in hospitals Nur-Sultan. Two victims remain in intensive care in stable condition.

On the morning of 27 December, near the Almaty international airport crashed aircraft Fokker 100 airline “Bek air”. Onboard there were 93 passengers and five crew members. 12 people were killed, including the commander of the vessel.