At the event with the participation of Chairman of Agency of Republic of Kazakhstan on anti-corruption Alik Shpekbaev and a representative of the Department of global communications of the UN Vlastimil Samek discussed the issues of improvement activities to reduce corruption and increase transparency of government institutions.

In his welcoming speech akim of the city Bakytzhan Sagintayev noted that one of the effective measures to prevent corruption is to reduce the human factor in the provision of public services.

“Almaty is a leader in the country in terms of digital literacy, which reached 82%. In addition, Almaty is the only Central Asian cities included in the UN rating on the development of online services and take a 25-th place. In the framework of the concept of development of Smart City projects in the areas of security, housing, transport, education and health,”

According to him, over the past nine months of 2019 95% of the state services rendered in electronic format, 80% of all government services are automated. Steady feedback from residents of the city through the Open portal of Almaty. For two years, processed more than 195 million hits, questions for 71% of which are resolved on the spot. This involves the analysis of incoming requests, on the basis of which decisions prompt response.

However, twice a month, the mayor of the city and district akims and heads of departments on a weekly basis hold personal reception of citizens. Also, the head of the metropolis makes personal inspections of problem areas to review the situation on the ground and meeting in an open format with district residents. Thus implemented the concept of “hearing state”. 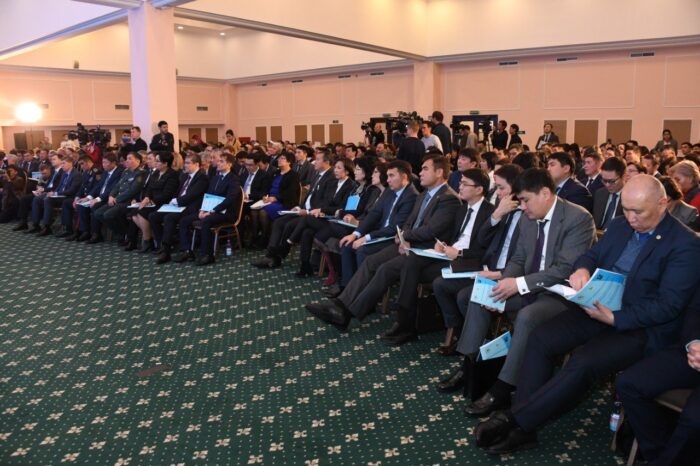