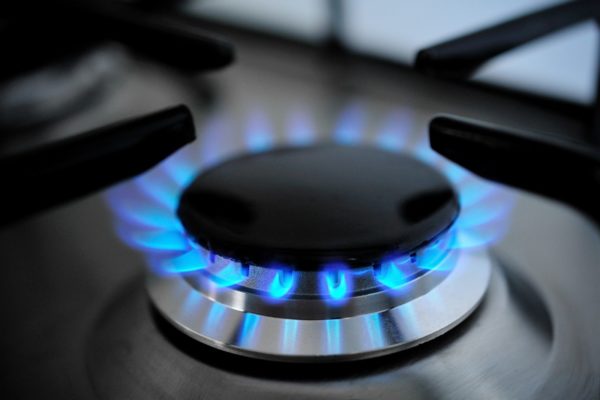 Technical connection showed the willingness of the gas distribution networks to connect private homes and buildings to the gas. The procedure for connecting other consumers will continue after the completion of commissioning works.
Thus, in the GM “Train” padded 96% of distribution networks of gas supply. Work is underway on the preparation of CHP-1/2, in residential areas — on branch networks directly to homes.

“We are on the eve of the capital Day, a significant event. We have summed up a real live gas. Who is not stoked the stove, we do not understand. In the winter we have not seen a clear sky overhead, everything was covered by smoke. Now everything will change for the better. The main residents of Koktal is the elderly. It will now be much easier to not have to buy coal and every time to monitor the stove,” said the resident GM Koktal-1 Galina Antoniuk.

A resident of the residential area Train Saule Zhunusova thanked the President for the historical project, “I’m a native resident, my entire life, heated with coal. Carrying gas for us an unforgettable event.”

The capitals akim Altai Kulginov said that in the current heating season, the gas distribution network will sum to 8 thousand houses of the private sector.

“Gasification is a historic project of our first President. One of the “five social initiatives” is gasification. The main gas pipeline were conducted to the capital last year — 1 thousand km. conduct of gas distribution networks inside cities, especially in the private sector. Gasification is controlled by the Head of state.

This year we plan to bring the gas distribution network to 8 thousand private houses. Today, on the eve of the Day of the capital to the gas hooked up and the first social objects and houses. RC Koktal 1,2, Agro, Industrial, Railway and part of the South-East at the first stage in the current heating season will hold gas. Also gas will be transferred to CHP-1/2″, — said akim of the capital of the Altai Kulginov.

For residents of the city akimat on a free basis provided by the counters. Citizens will need to prepare the stove for the connection to distribution networks. Gasification of the industrial sector and residential areas will take place in 3 phases.