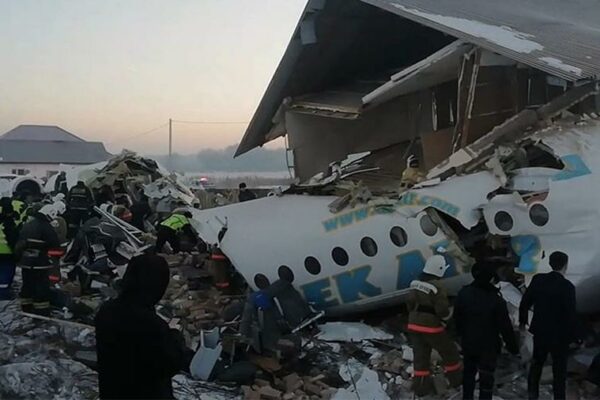 Second-by-second timeline of the flight confirms the version of the cocurrent track — wind vortex which allegedly violated the aerodynamics of the aircraft, informs television channel “Astana”.

“The commander of the crew 2 times and snatched the plane from certain doom, you see, down left, up left, pulled the wheel, lined. After a second takeoff, once it was brought to the peak, it and so it is again aligned. The commander responded, he 2 times, saved from certain death of all. And Katyushas on the ground, to be honest, he certainly did not anticipate that the road will be the ill-fated house”, — said the Director of the airline Bek Air Nurlan Gamesultan.

Experts note that the day of the tragedy there was a strong wind and it could affect the flight of the aircraft.

The company representatives emphasize that it is only their version. The exact same reason establishes an international Commission for investigation of accidents.