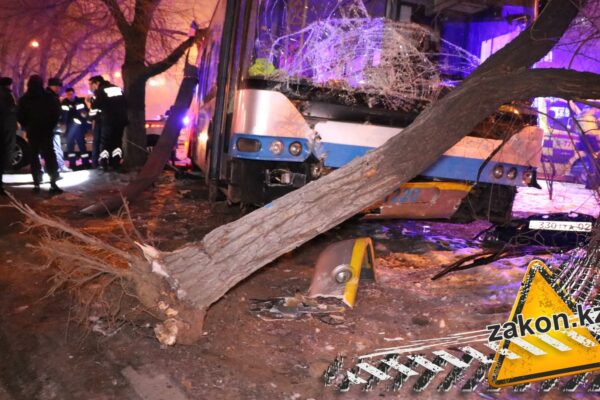 This was reported on Facebookpage of LLP “almatyelectrotrans”, which owns the trolley.

“5 January at about 23:20 the driver of a trolley bus was driving on Satpaeva street in an easterly direction towards the Park —

it is told in the message. —

Before reaching the street of Rozybakiev the driver’s blood pressure went up and he lost consciousness, dramatically moved to the right and crashed into a parked Lexus GS300 and a Honda Accord. Further, riding on the sidewalk, the driver brought down the pedestrian”.

The trolley ran over a pedestrian in Almaty

According to the company, to the place of profit police officers, representatives of the company-carrier, ambulance and emergency services. The pedestrian was given medical assistance, but he died on the spot. The driver was taken to city hospital №7.

“The family of the deceased will be compensated, —

On behalf of the company please accept our sincere condolences to the family and friends of the deceased.”