Chairman of the Federation of trade unions of Kazakhstan Yeraly Tugzhanov visited the Turkestan region. 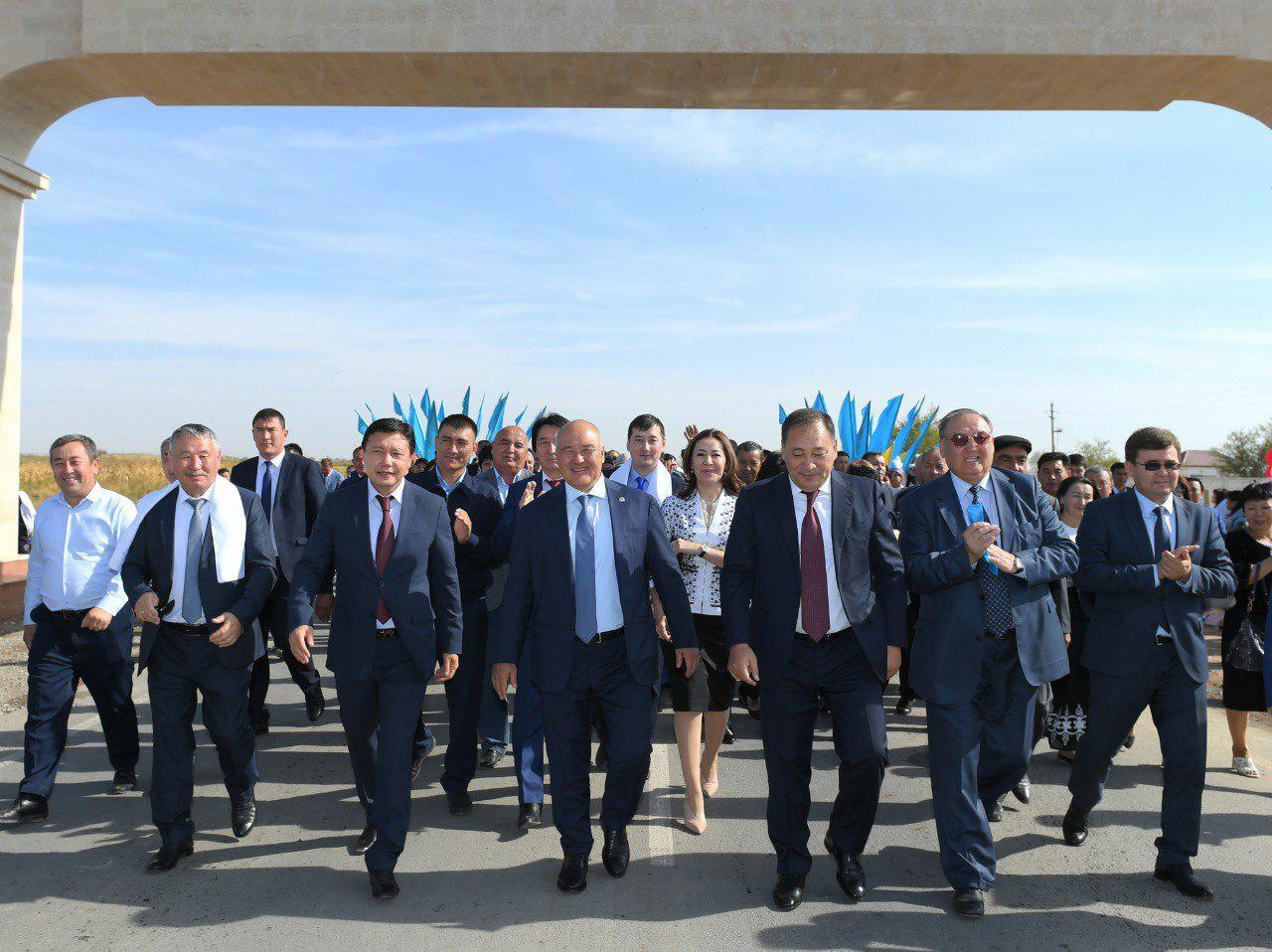 In celebration of the Day of trade visit Yeraly Tugzhanov said in the opening ceremony of the gate of the city Arys Turkestan region, which was built by the Federation of trade unions of Kazakhstan (fprk).

The day of trade for the first time this year is celebrated officially. In accordance with the Resolution of the Government dated may 22, 2019 No. 303, October 10 established by the Day of trade of the Republic of Kazakhstan and included in the List of holiday dates in the country.

The construction of the city gate was started in August this year after the tragic events in the town of Arys. Fprk not left behind and contributed in the restoration of the city.

The construction attracted 25 people and 6 units of construction equipment. The total estimated cost of the project amounted to 30 million tenge.

During the opening ceremony, the head of the fprk emphasized the importance of sense of belonging and unity of Kazakhstan in difficult for aristeu time.

— As they say: “Birligi bar Eldin, bell ESCM synderme”. Our strength is in our unity. The tragedy has become a serious test of strength, but did not break our fortitude and aspirations for the future. Each people has shown a willingness to lend a helping hand to the affected brethren,” — said Eraly Tugzhanov. 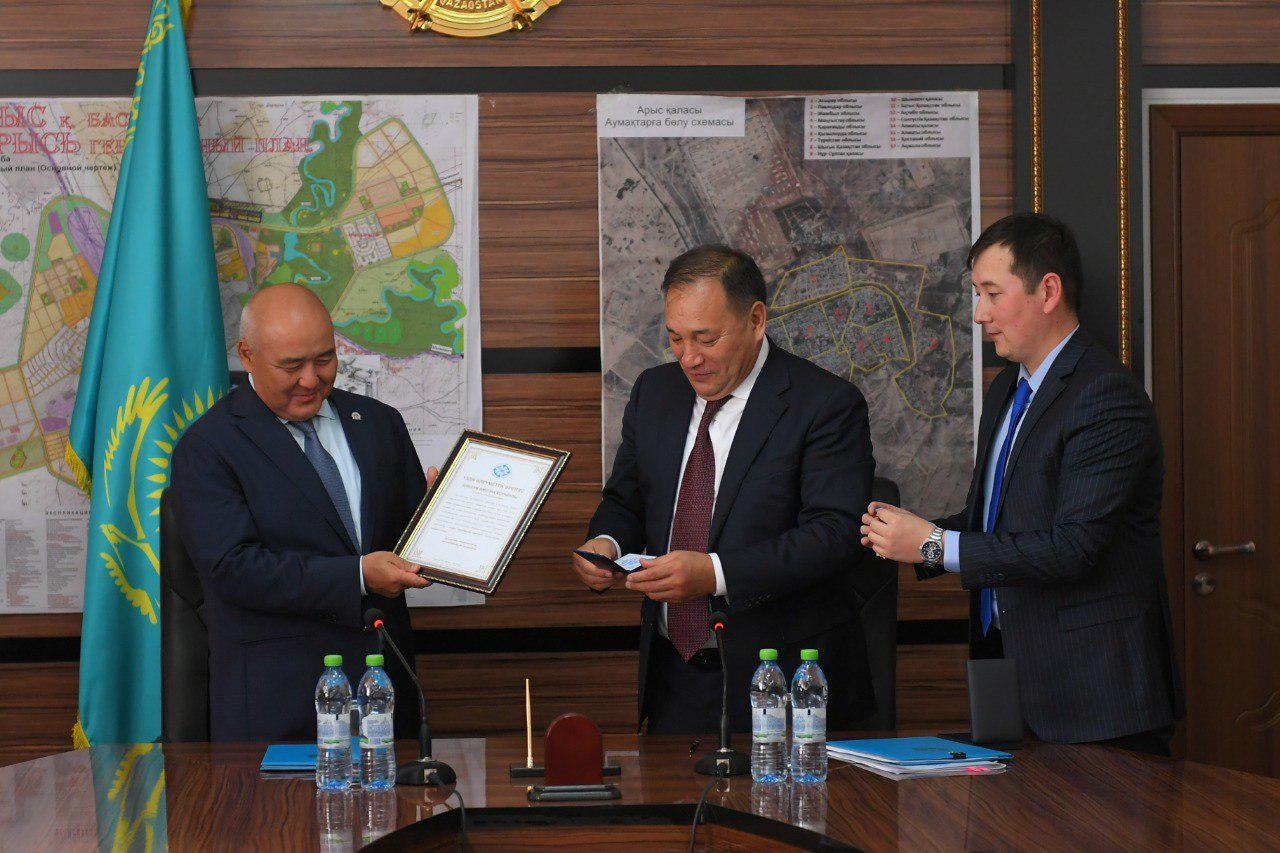 Within the document the Chairman of the fprk Yeraly Tugzhanov and the Governor of the Turkestan region Umirzak Shukeyev expressed mutual intention to develop social partnerships and effective defense for social and labor rights of workers.

During the meeting, Umirzak Shukeyev noted the important role of unions in improving the welfare of workers in the labour market.

In turn, the Chairman of the fprk Yeraly Tugzhanov stressed the importance of strengthening social partnership in the development of protection of labor rights and interests of workers.

This collaboration includes joint elaboration and implementation of new approaches and best options for improving the welfare of the inhabitants of the region.

In Shymkent was held a solemn event devoted to celebration of Day of trade unions of Kazakhstan with the participation of more than three hundred representatives of labor collectives and of primary trade Union organisations, the social partners, veterans of the trade Union movement in the region.

Welcoming the participants, Chairman of the Federation of trade unions noted that making the holiday official status is evidenced by the increased role of trade unions in addressing issues of socio-labor sphere.

An important role of Kazakh trade unions said the leader of the nation Nursultan Abishevich Nazarbayev, calling them a pillar of stability, the basic element of social and labour relations. The high confidence of the Nation on the one hand, it is a responsibility, on the other hand, the incentive to work for the result. In his Message the President of Kazakhstan Kassym-Zhomart Kemelevich Tokaev called for the strengthening of cooperation between the authorities and civil society. And this is a direct call to action for us – the unions, as the largest public organizations of the country, — said Eraly Tugzhanov.

In the Day of trade letters of Appreciation on behalf of the President of Kazakhstan Kassym-Zhomart Tokayev, Prime Minister of Kazakhstan Askar Mamin, as well as trade Union awards honored the best members of trade unions, trade unionists and social partners of the Federation in the Turkestan region.

At the conclusion of the festive event took place the meeting of Chairman of the fprk with the labor collective of LLP “ALLIANCE – 2”.

The company provides services in the field of public transport and is one of the oldest on the market of the southern metropolis.

The head of the Federation of trade unions got acquainted with the activities of the fleet.

The meeting was held in an informal setting at which the head fprk congratulated employees of trade unions and inquired about the problems of the workers. In particular, the sides discussed the conditions of the collective agreement, labor safety and the work of the primary trade Union organization.

During the meeting, the best members of the trade Union of the enterprise was marked by trade Union awards.

During the meeting, the best members of the trade Union of the enterprise were awarded with letters of Gratitude and honorary diplomas of Chairman of the Federation of trade unions and medals for “Cispadane Republic enbegi ushin”.