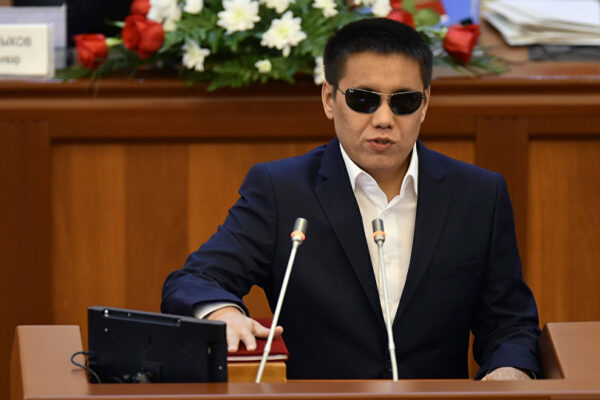 The Deputy Dastan Bekeshev has written an open letter to the President of Kyrgyzstan with the requirement to dismiss from the work of the Minister of internal Affairs, reports 24.kg

“It is a shame that while in Almaty and Kiev women without fear come to the demonstration in Bishkek them to “screw” and pack the bus” — began Dastan Bekeshev.

The MP stressed that the incident on shame was written all the world’s media.

“It’s a shame that all this happened in front of the statue of the Mother (mother!) a soldier returning from war,” continues Bekeshev.

The MP stressed that he is sad to see the police throw on the completion of such tasks, instead of fighting with criminal authorities and crime prevention.

“Even if we assume that the action is not consistent, and some anonymous residents of the Sverdlovsk district of Bishkek allegedly expressed concern that in Victory square is an unlawful Assembly, — there is no excuse for violence, which is perpetrated over the participants (mostly members) Marsha aggressive thugs in masks”, — said Dastan Bekeshev.

In an open letter to the Deputy asked the President to immediately raise the question of dismissal of the interior Minister of Kyrgyzstan.

“I think that the best that can be done by the Minister of internal Affairs after yesterday, is to resign. Dear Sooronbai Sharipovich, I think, as head of state you have to show that the Kyrgyz woman is not an object for throwing eggs and not a punching bag,” — said Bekeshev.

We will remind, on 8 March, the organization of the Bishkek Feminist Initiatives planned to hold a March of solidarity, however, the campaign ended in mass arrests. Participants of the picket were bruises and other injuries.