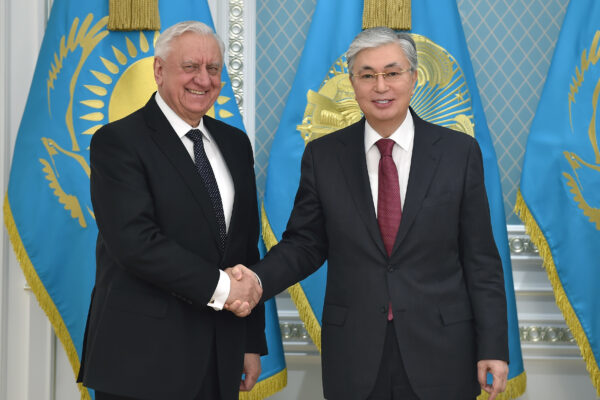 The interlocutors discussed the current state and prospects of further development of the Eurasian economic Union, including cooperation between Kazakhstan and the UNECE. About it reports a press-service reports.

Myasnikovich congratulated on assuming the post of the head of state expressed confidence that the Commission under his leadership will contribute to further deepening of Eurasian integration.

“We have no doubt that You, using his extensive business experience as head of government, head of the upper house of Parliament and President of the Academy of Sciences of Belarus, show all your knowledge and expertise to ensure the success of this very important body in the Eurasian economic Union,”

said the President of Kazakhstan.

Tokaev reminded that the Treaty on establishing the Eurasian economic Union, created at the initiative of the First President of Kazakhstan – Elbasy Nursultan Nazarbayev was signed five years ago in the capital of our country.

“Union has come a very long way in its development. Of course, this is not the well-trodden path. So there are successes and failures.

However, we believe that the Eurasian economic Union has justified its purpose and, of course, will continue to develop, on the understanding that all participating States of this Union will show the necessary will for it,”

said the head of state.

Myasnikovich thanked the President for the high confidence when considering his candidacy for the post of Chairman of the EEC, and also spoke about the priorities of its work on this post.