Nursultan Nazarbayev took part in the 7th meeting of the cooperation Council of Turkic-speaking States. 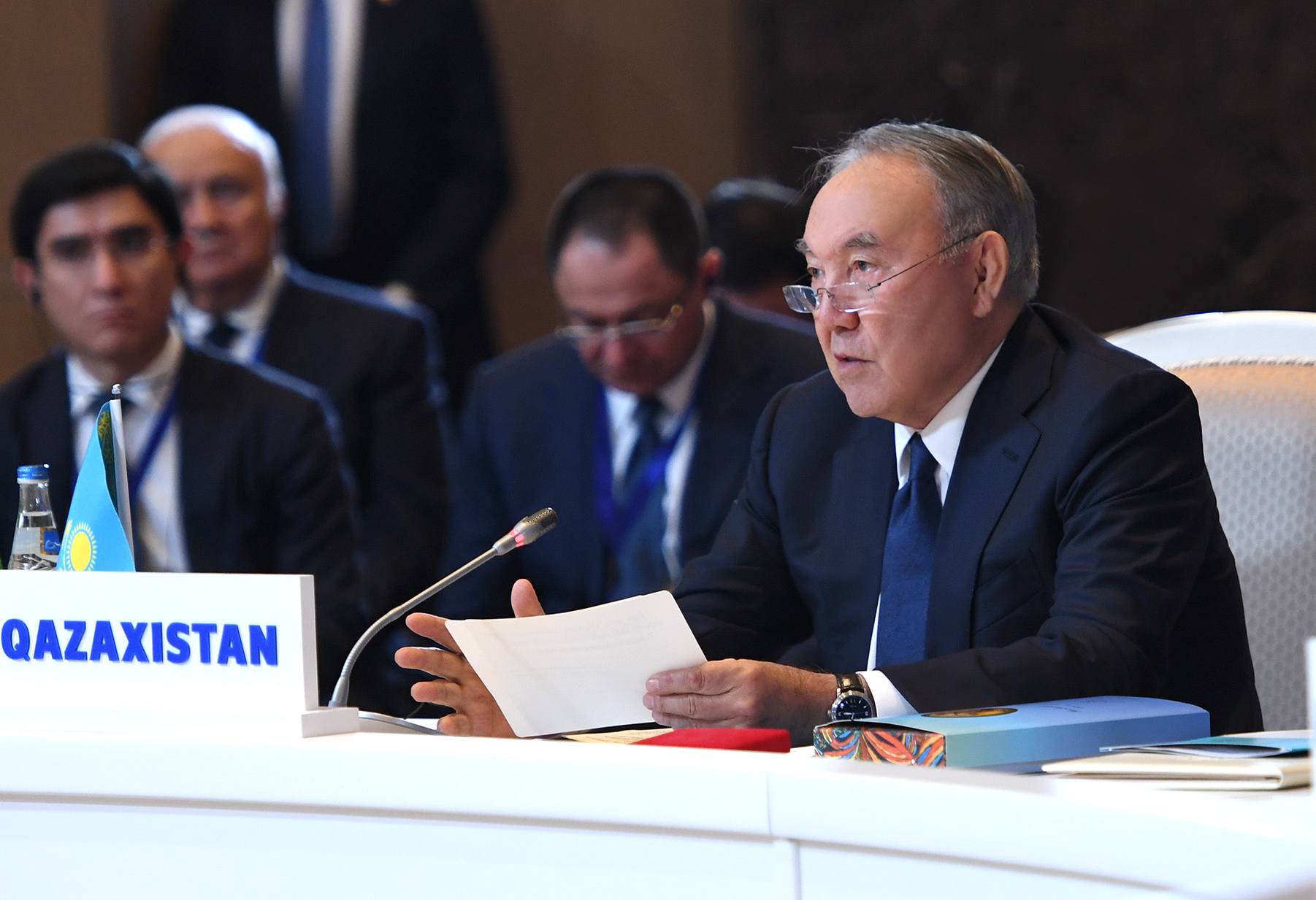 Photo a press-services of the First President of Kazakhstan

Speaking before the summit, the First President of Kazakhstan congratulated President Shavkat Mirziyoyev and all Uzbek people with the entry into the Turkic Council, the press service of the President.

“Uzbekistan’s joining to the Council – this is a historic, and at the same time, the long-awaited event for the whole Turkic-speaking community,” the President said.

In addition, Nursultan Nazarbayev stressed the importance of opening representative offices of the Turkic Council in Budapest in the process of development of the European vector of cooperation.

However, the head of State praised the results of Kyrgyzstan’s chairmanship of the CCTS.

“I also want to Express my gratitude to President Recep Tayyip Erdogan for his offer to grant me the status of “Honorary Chairman of the Turkic Council”. And I am grateful to all heads of delegations for their support of this initiative. This high status allows me to continue to participate actively in the work of our common organization”, — said the First President of Kazakhstan.

“At the anniversary milestone of our collaboration, we have achieved good results. First, from a global point of view, and within ourselves we have proved the urgency and relevance of our organization. Secondly, the Council entered Uzbekistan and Hungary. Thereby we have opened a new page in our history. Thirdly, our country has already formed the institutional architecture. Fourth, there is growing authority of the organization, at both the regional and international level. And fifth, we have adopted the concept of integration of the Turkic world”, — said the head of State.

Noting the importance of continuing the process of integration of the Turkic, the First President of Kazakhstan has launched two initiatives on further development of the Turkic Council.

“First, I propose to develop a program of “Turkic vision 2040”. This document should reflect the long-term goal of the Turkic community and ways to achieve them. Because of this, we will give significant impetus to strengthening cooperation in the priority for our States areas as foreign policy and the policy of “soft power”, trade and transit, tourism and investment, energy and “green economy”, small and medium business”, — said Nursultan Nazarbayev.

In addition, the President pointed to the need for inclusion in the programme of activities in the fields of culture and education, youth policy and healthcare, the digitization and artificial intelligence.

Also the First President of Kazakhstan focused attention on the importance of the “cradle of the Turkic world” — the city of Turkestan.

“Second, I propose in future to reconsider the name of our Council. I think it is possible to increase the level of cooperation Council of Turkic speaking States to the level of the Organization. Thus, our structure would be called “Organization of Turkic States”, — said Nursultan Nazarbayev.