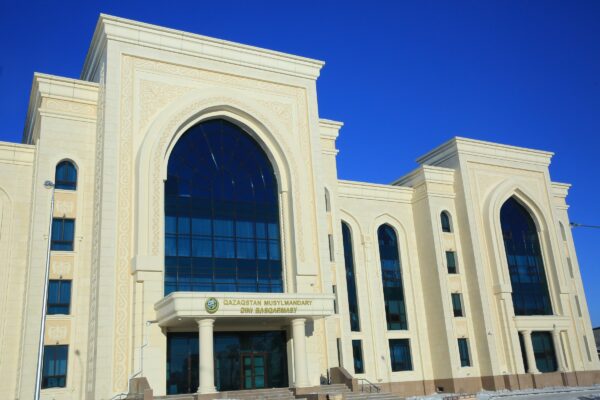 On 31 July, the first day of the Holy Eid al-AIT, the organization of sacrificial rites in the entire country was at a high level, according to the Spiritual administration of Muslims of Kazakhstan.

“For the project www.qurban2020.kz was created a special working group. In the result of done most of the work. In particular, the 13 missions of the sbmc fully complied with the requests of the customers. The remaining 6 missions (Nur-Sultan, Almaty and Aktobe, Atyrau, Kyzylorda, Kostanay region) continue to work. Photo and video reports about the rite of sacrifice can be sent to customers on time,” said RAMU.

Today, the Spiritual administration of Muslims of Kazakhstan has provided the sacrificial meat 30 715 families. Beneficiaries expressed their gratitude and appreciation. Also received positive feedback from citizens who have requested a sacrifice in the charity project www.qurban2020.kz on the phone, social networks and WhatsApp.

According to the SAMK, Zhambyl oblast is the leader in the distribution of meat — 7 143. The mission of the sbmc in the Almaty region, gave meat 4 182 families. Taldykorgan district has distributed sacrificial meat to the needy 2 789. 2 191 family got meat in Karaganda region, 2 071 family in East Kazakhstan region, Pavlodar region – 1 910 families Nur-Sultan – 1 421 family, in the Turkestan region 1 406 1 120 families and families in Almaty.

“We would like to thank all the citizens and leaders of individual companies and organizations that actively participated in the charity project of the Spiritual administration of Muslims of Kazakhstan www.qurban2020.kz. May Allah reward you good for your good deeds,” — said in SAMK.

Recall that in this year Kurban AIT is allowed only online sacrifice.

“I decree for his significant contribution to the strengthening of friendly relations between States, and contribution to promoting the heritage of Abai Kunanbaiuly, awarded the order “Dostyk” of II degree: