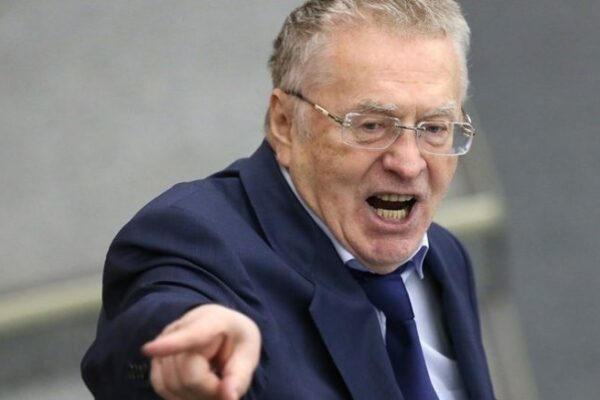 LDPR leader Vladimir Zhirinovsky made a speech at the parliamentary hearings on the threats of the spread of drugs on the darknet. The politician said that the West took drugs because “Russia is not a war to take.” Also, in his view, sanctions do not work, or sports information blockade and even famine, reports Lenta.ru

“Alcohol — everything, the new generation doesn’t want to. Smoking, too, we succeeded. But drug — it is the most different,” — said the politician.

In turn present at the hearing, the rapper bird was accused of drug trafficking “people in uniform” and told how illegal substances into Russia. As evidence, the musician used the argument: “I very much revolved in such an environment, where there were a lot of drugs.”

“All the drugs are coming through the ports, through Peter, all drugs carries with fish, and a whole lot of drugs protect people in uniform. I know this because just… Here I am Ptah, the rapper, who lived very much revolving in such an environment, where there were a lot of drugs. No drug dealer, no big dealer does not work without the “tires” of the people with shoulder straps. Therefore, to solve the drug problem is necessary since the people in uniform,” explained the rapper.