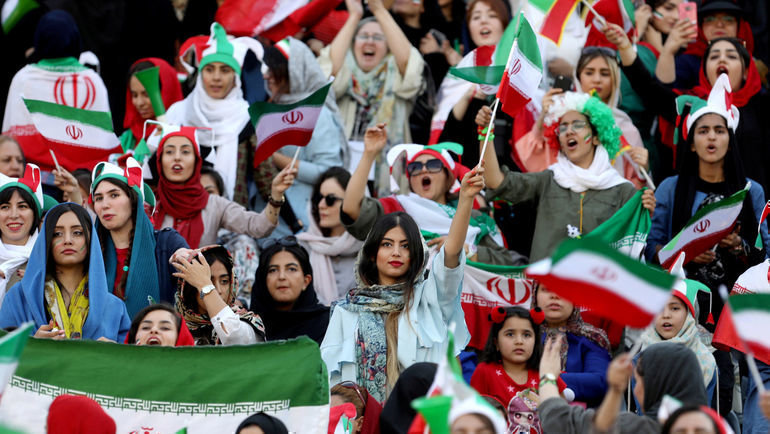 The President of FIFA, Gianni Infantino, said that looking forward to the day when the citizens of Iran able to freely attend football matches.

Iranian women attending football match between Iran and Cambodia, witnessed the impressive victory of his team. As reported, the qualifying match of the 2022 world Cup ended with the score 14:0.

According to the Associated Press, with the permission of the Iranian authorities the stadium was attended by women and girls, which has allocated four thousand seats.

Earlier it became known that the international football Federation received assurances from the Iranian authorities that the stadium, which will host the match of the qualifying tournament for the world Cup in 2022, will be admitted women. The decision was preceded by a history of Iranian cheerleaders Sugar of Hodari, who died after a suicide attempt. The girl went to extreme measures when he learned that she could go to jail for visiting the match favourite football club “Esteglal”.

The Iranian fans were banned from attending football matches for men’s teams over the last 40 years. During the 2018 world Cup, the Iranian authorities agreed to make concessions and allowed the women to attend Tehran stadium “Azadi”.