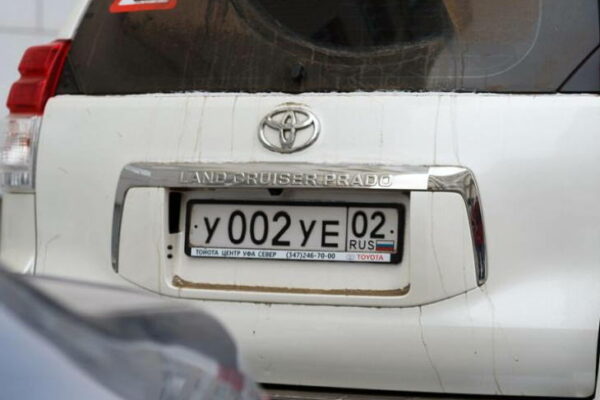 The interior Ministry called on the Kazakhs who own cars with Armenian, Kyrgyz and Russian numbers, to voluntarily register the transport, consisting of foreign accounts.

“The sense of impunity due to the lack of registration of foreign transport in Kazakhstan led to the fact that because of drivers who are citizens of Kazakhstan, operating vehicles, including foreign registered, made 1 854 traffic accidents”, — said the interior Ministry.

Such accidents claimed the lives of 132 people, with another 500 injured.

“In 2019 automatic systems fixing violations of traffic rules, identified more than 90 thousand violations (in excess of 1.1 billion tenge), allowed the specified category of transport-related and speeding, a failure to comply with signs and markings, etc”, — the Ministry of interior.

The Agency also said that the only possible conditions under which the citizens of Kazakhstan have the right for import and operation of machinery from these countries. We are talking about cars that are registered in the EAEU from 2014 until 1 January 2020.

“For citizens of Kazakhstan the importation and exploitation of the country’s vehicles registered in Kyrgyzstan, and Armenia during this period is permitted only when the customs Declaration of the vehicle, payment of duties and taxes and subsequent registration of vehicles in Kazakhstan”, — said the interior Ministry.