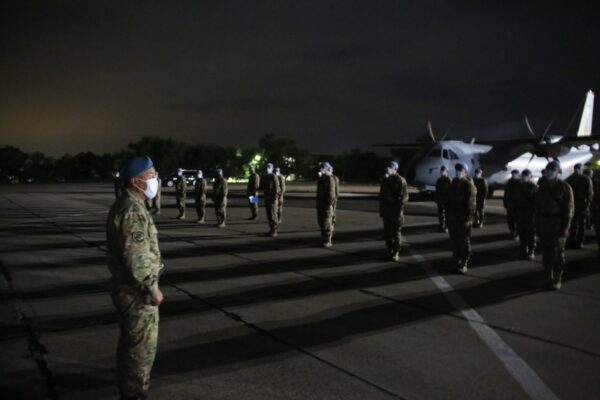 The servicemen of the regional command and airborne assault troops will be replaced by Kazakhs residing there from November 2019, the press service of the Ministry of defence.

“Peacekeeping activities of the Armed forces of Kazakhstan is the development of international military cooperation, invaluable experience that getting our troops. Participation in the mission not only contributes to the strengthening of international security, but also creates a positive image of Kazakhstan as a responsible member of the international community. I wish you courage and patience. Believe that you will adequately perform their duties away from the homeland,” he turned to the peacekeepers with parting words the commander of the airborne troops of major-General Kanysh Abubakirov.

As before, Kazakh soldiers will be part of the Indian peacekeeping battalion in Lebanon within six months. The peacekeepers will carry out the task of patrolling the area, to assist the civilian population to participate in the organization of observation posts and other activities of the mission headquarters. Daily Kazakhstani and Indian peacekeepers run together at least 50 tasks.

In the composition of the company, which is headed to Lebanon, traditionally one of 120 people. Taking into account the epidemiological situation for the health of the personnel of the sending of troops is carried out in two stages – at the beginning and in the middle of August.

Recall that the peacekeeping mission of Kazakhstan to Lebanon began in October 2018 following the signing of Memorandum on joint deployment, the Kazakh and Indian peacekeepers in Lebanon under the UN mandate.