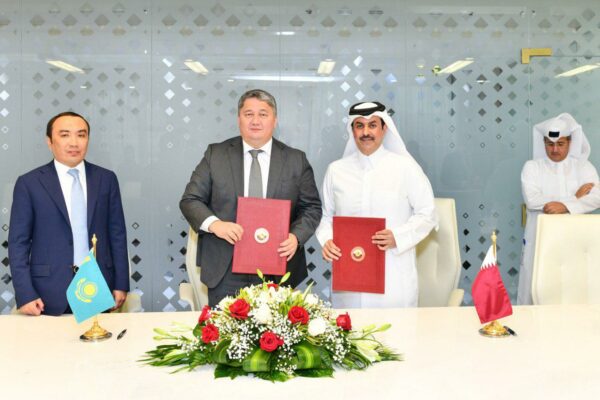 The Ministry of industry and infrastructure development is working to attract foreign airlines in accordance with the regime of “open skies”. 8 November 2019 in Doha — capital of Qatar — negotiations of the aviation authorities of the two countries, the press service of the Ministry.

The Qatari delegation was represented by the President of the civil aviation administration of Qatar Nasser Abdullah Turki al-Subai, from the Kazakh side was attended by Chairman of civil aviation Committee Talgat Lastayev. In negotiations took part the Ambassador of Kazakhstan to Qatar Askar Shakibaev, representatives of the airlines, Qatar Airways, Air Astana, and Almaty international airport.

The negotiations secured the legal basis for the scheduled seven weekly flights between Nur-Sultan and Doha, seven flights per week between Almaty and Doha and seven cargo flights per week with the fifth degree of the “freedoms of the air”.

As noted by senior Vice President, Qatar Airways, Fathi Atti, the first flights between Nur-Sultan and Doha is scheduled to launch in December. The number of ways in which you will be able to travel to Kazakhstan, reaches 160.

The fleet of the national airline of Qatar, Qatar Airways consists of 233 aircraft. The main transit hub of the air carrier performs the Hamad international airport in Doha. In 2018, the airline carried about 29 million passengers.