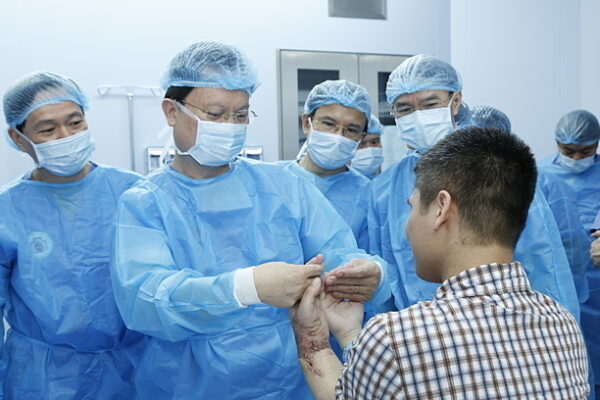 Vietnam brush a living donor was successfully transplanted into 31-year-old local resident, affected production in 2016. It is reported inform.kz with reference to VnExpress.

The donor had gangrene of the hand, and to save his life could only amputation. The doctors suggested the man to transplant a portion of the remote limb to another patient, he agreed.

On 21 January, in Hanoi carried out the transplant operation that lasted eight hours. Physicians are faced with difficulties — infected gangrene of the brush had to be disinfected, and the recipient, besides, four years is not used the muscles of the wrist. But all ended well.

The recipient is now able to hold objects with his new brush. However, he will have to take drugs to avoid rejection by the body of the alien body part.