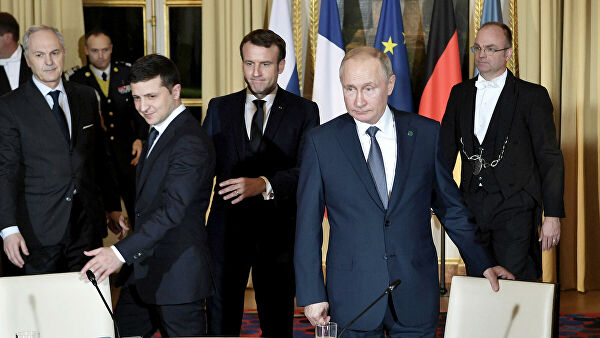 Official Kremlin spokesman Dmitry Peskov said about the beginning of the dialogue between Russia and Ukraine. According to him, leaders have many differences, but the process has moved forward, reports “Interfax”.

“They are far from agreement on a range of issues. Of course, they use different terminology,” — said the press Secretary of the Russian leader.

Peskov also commented on the 15-minute tete-a-tete dialogue of leaders during a meeting in France.

“Which, incidentally, is not quite so short. To terminate the conversation the heads of States had, at the request of the President of France Emmanuel Makron, who insisted on continuing to work in the Normandy format,” concluded Sands.