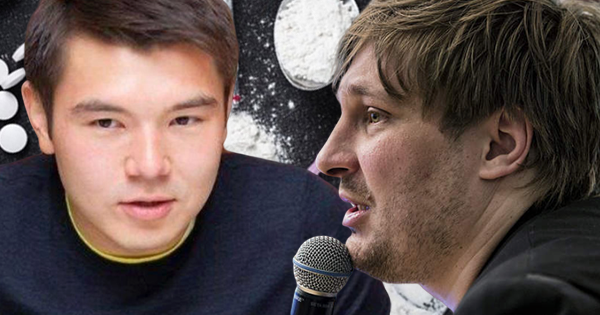 Blogger Denis Krivosheev commented on the posts of Aisultan Rahat in social networks. The corresponding entry appeared in the facebookaccount:

Harsh statements, inadequate, reaching delusional level, judgement can indicate a psychotic condition and pathological thought disorder. His judgments are clear absurd absurd content. Delusions (“my mother and all the politicians do magic” and so on) are a manifestation of psychotic disorders of consciousness, therefore its behavior can be regarded as a painful, uncritical and inadequate.

The guy in the hospital, ran away a few times and a few times frustrated. Bed trip and unwillingness to quit, not wanting to go back to the hospital. In fact, we are now discussing the words of the sick person.

Not sure the major media will interview the person who according to the testimony of the court is in the hospital, but for Ablyazov and others, the diagnosis is not a hindrance. They will speak with any who are willing. Do not be surprised that the money for the supplies it dose Mukhtar. Cheap. Gave a dose of ready dirt. And not only on Nazarbaevym, but for Putin, Lukashenko.

A valuable source. At the same time, you can even write for it. No one will think.

I think that the government can no longer hide the problem and will have to explain. Hard to admit that the Family has the problem, but there is no escape, otherwise you will soon find out that the reptiles replaced the first persons.

Full text of the opinion of British experts. Appeared on one of the pages.

Abaev: posts Aisultan Rahat was written under the manipulation of certain people

Psychoactive substances that cause dependence are common features on the impact on the Central nervous system. This mass death of neurons, neurodegeneration in various brain structures caused by overload afferentation (input). Even a single injection of most stimulants (amphetamines, cocaine, ephedrine) causing visible degenerative changes in the prefrontal cortex. Without exception, all drugs adversely affect work\ the human psyche, and the more “experience” of their use, the higher the risk of irreversible changes.

To overestimate the effects of psychoactive substances on the person is impossible. Even momentary its use causes noticeable changes in the human condition. A sharp change in the emotional background, violation of orientation in self and in others. Sometimes the absurdity of the judgments, a sharp drop of criticism. However, this is usually a transient, temporary.

Long-term use of psychoactive substances is a persistent, long-lasting changes in the personality of the person. This is particularly true of disturbances in the emotional-volitional sphere, considerable damage to the moral and ethical values and obvious violations of of critical thinking. On a background of reception of psychoactive substances appears situational unjustified mood elevation, overestimation of their own forces and capabilities, the appearance of fragmentary delusions divine or “most significant” origin.

People can talk about their extraordinary historical mission in the activities of mankind. In thinking manifests the inconsistency of the judgment, the absurdity. Often speak mutually contradictory ideas. In the period of abstinence (necessary in the treatment process or independently of the decision) manifest depressive tendencies dysphoric disorders (aggressiveness, nastiness, especially to the people), speak out, and sometimes implemented suicidal thoughts and actions.

Because of emerging organic, degenerative lesions of the brain cells decrease the critical capacity of the individual. Loss of memory, reduction of analytical skills, causing the so-called “loaning corridor of the thinking process”, that makes you rely when making decisions on minor, insignificant facts. Ultimately, this leads to paranoid mood (suspicion, sense of possible or estimated as real threats to his life from certain individuals, or sometimes by the whole society: delusions of persecution, impact).

On the other hand, groundless openness, trustfulness, sometimes complete strangers, especially to suppliers of psychoactive substances. Personality, long-term substance use, is easily subject to manipulative actions, as becoming selfish, self-centered, striving for satisfaction only of their own needs.

Long-term use psychoactive substances because of the accumulation of its toxic effects on the Central nervous system makes these violations are persistent, difficult to cure, and human thinking has become systemic. Individual situational violations emotional-volitional and cognitive — mental sphere reach a psychotic level with hallucinatory and delusional symptoms. In certain of the cases, the person is able how to dissimulate and to simulate a data breach, to obtain temporary, “contingent” benefits (this is usually either to obtain or to seek admission drugs or avoid treatment or punishment)

These people do not care about the welfare of the family. Their behavior becomes antisocial up to the crime. They are easily impacted by other people’s opinions, not critical to the judgments of others and tend to trust them if they are reaping some benefit (both tangible and intangible).

Consequently, the behavior and the human condition can be regarded as personal changes as a result of prolonged substance use. Harsh statements, inadequate, reaching delusional level, judgement can indicate a psychotic condition and pathological thought disorder. His judgments are clear absurd absurd content. Delusions (“my mother and all the politicians do magic” and so on) are a manifestation of psychotic disorders of consciousness, therefore its behavior can be regarded as a painful, uncritical and inadequate.