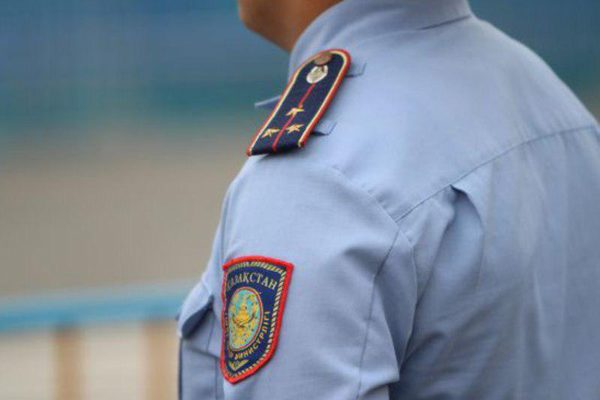 As reported Polisia.kz July 5, on behalf of the President of the Ministry of interior conducted raids to identify unscrupulous pharmacists and citizens, which in terms of shortages of drugs used increased demand for medication intended for treatment of SARS patients for profit.

In the course of the raids were the persons who organized the purchase of medicines in large volumes. These citizens thus creating a artificial shortage, and then resell the drugs at prices significantly higher than the actual cost.

The interior Ministry stressed that numerous cases of resale of drugs detected throughout the country.

“Enterprising citizens sold the drugs to literally “under the counter”, not kicking the fiscal receipts. Buyers remained nothing how to buy medicines at unreasonably high price,” — said the Agency.

For example, in Nur-Sultan police seized a local resident a large shipment of medical masks, jumpsuits, as well as thermometers, medical points and antiseptic.

In another case, a woman illegally sold “Paracetamol”, “Ingavirin”, “Ceftriaxone”, “Azithromycin” through ads on the Internet. During the arrest in the Parking lot of one shopping center of the capital in her car found two boxes of medicine.

In Shymkent police delivered a local resident who sold the drug “Lavamac” 12 000 tenge, which is more expensive than the official retail price is 6 times.

Another resident of Shymkent, working as a pharmacist in a pharmacy, sold vials of the drug “Dexamethasone-Agio” for 5 000 tenge, although its retail value – 600 tenge.

In just the first day of the RAID events to the police was delivered to 21 people. Seized more than 3,500 packages of medicines, including: “Acetylsalicylic acid” – 2100 packs, “Paracetamol” – 589 packages, “Ceftriaxone” – 230 ampoules and other drugs, and 17 800 protective medical masks, 60 packs of disposable gloves, 105 protective gowns (coveralls), 80 pieces of eyewear, 79 units, thermometers and more than 100 tanks (300 litres) antiseptic.

On all revealed facts of legal assessment will be given in accordance with applicable law.

The interior Ministry calls on citizens, faced with the illegal sale of drugs, and also in case of revealing such facts, to report to the nearest local police units or by the telephones 102 and 112.

Earlier, the head of state instructed the government and law enforcement agencies to address the issue of unjustified increase of prices in pharmacies.