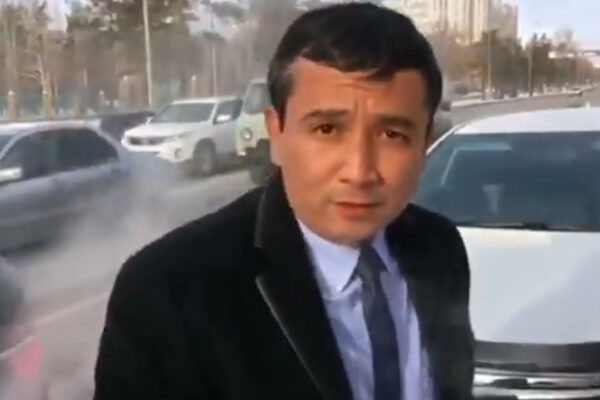 The question of where he works, the man shows the card and says that he is an employee of the Agency for the fight against corruption. According to the document, his name is Imanbayev Arman Serikuly. Certificate No. 018, signed by the Chairman of the Agency.

As noted in the Agency for fighting corruption, found that video shot on 21 November in Pavlodar, Shcherbakty about the bridge. Linotronic Department detained and identified as the person who is in the international wanted list for committing a serious crime under article 190 part 4 of the criminal code (Fraud).

During the inspection of the car of the detainee the police certificate in the name of A. S. imanbaeva was not found. The man claims that he burned the document.

The detainee was previously convicted for similar actions. In 2011, he was presented by the employee of the Ministry of internal Affairs of RK.

The Agency urged citizens, when confronted with the facts of abuse of official identification of anti-corruption services to immediately notify the Call center 1424.