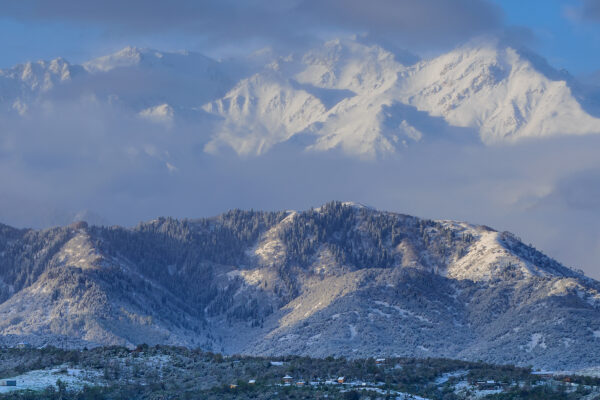 Phones adults did not answer, but later the connection was lost completely, the press service of the CoES, the Ministry of interior.

“The operational group, consisting of 6 rescue, 1 dog calculation, went to the alleged place of the search. Due to the fact that the relations with men were not, the exact location was unknown. Rescuers ROSO, it was decided to explore all the ways in which could follow tourists. Divided into groups and the rescue squad started to perform search and rescue operations.

The situation was exacerbated by the heavy fog and night time, also have good knowledge of the area so as not to provoke the avalanche. Close to midnight, rescuers found one of the men with his son in the area of Big Almaty gorge in the side of the natural boundary Kok-zhailyau. After 15 minutes, just above the staff of the Republican operative and rescue team and found his friend with child”, — stated in the message.

Ppostradavshim was given first aid and taken to the city. Rescuers are asked to be careful in the mountains and sledding only in designated areas, because of keeping the avalanche danger.

“Watch for children during winter walks, it is better not to risk it and to have extra warm clothes, a thermos of hot tea and a small supply of food. Refrain from drinking alcohol in the cold, due to the expansion of blood vessels of the body rapidly heats up and begins to rapidly lose heat, it is very dangerous,” — said the experts.