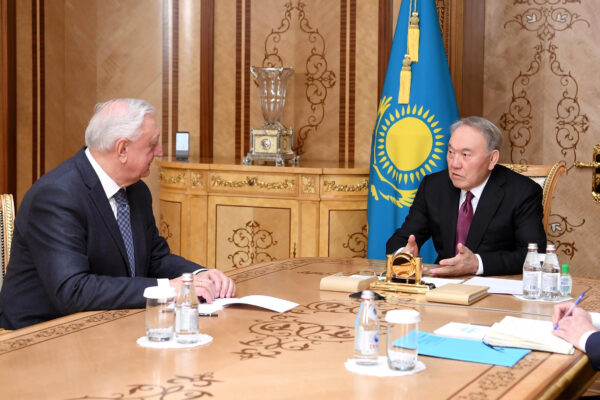 During the meeting the parties discussed further development of relations between the States within the Eurasian economic Union. About it reports a press-service of the President.

Nazarbayev noted that Kazakhstan has always advocated the idea of economic integration and supported her.

“For the last time by the States members of the Union had done extensive work. Signed a number of agreements. All sectors in the adoption of joint decisions”, —

the head of State said.

The first President of Kazakhstan has assured Belarus that will provide them with comprehensive support in solving the issues of strengthening the economic Union.

“During these years, the EEU is developing successfully. A number of countries have taken an active interest to him. Someone wants to be an observer, someone wants to join the Union. A lot of work, including development of integration with the European Union,”

In turn, Myasnikovich spoke about negotiations with the government of Kazakhstan and the plans for further work of the Eurasian economic Commission.