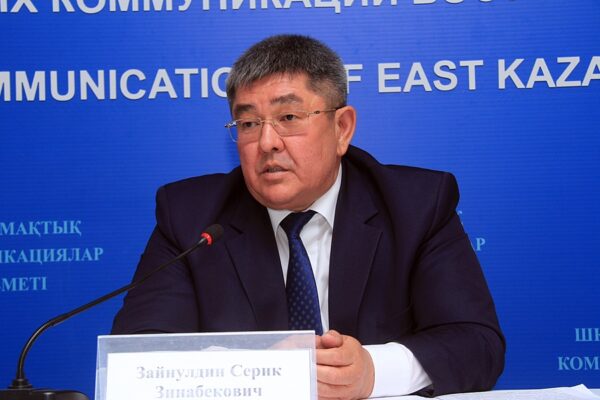 Post was Serik Zainuldin. About it reports a press-service of akim of the region.

Serik Siniakevich Zainuldin born February 25, 1964 in the city of Zaisan. Graduated from the faculty of Semipalatinsk zootechnical veterinary Institute.

He started working as a livestock specialist in one of the farms Zaisan area. He held the position of Director of the farm, the chief of regional management of agriculture, the Deputy Governor of Zaisan district.