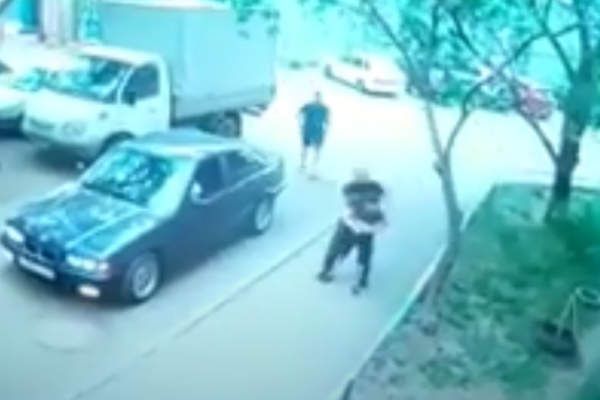 May 18, around 18.30, near one of the houses on the streets of Donetsk there was a conflict between the boy and 33-the summer citizen. The man caught up with the fleeing child, I noticed that the boy’s mother, who wrote a statement to the police. And soon mother and child received an invitation to the administrative court, which caused the indignation of individual human rights.

Meanwhile, the police said, as it was the case. According to the departmental portal of the Ministry of interior, a man with a family was returning home by car. At the scene of the incident, little daughter men cried, seeing that the boy throws on the wall of cat, for which she daily looked after.

“The girl was very scared and began to cry. The girl’s father stopped the car and ran after the boy, then made him remark that he was not cruelly treated animals, and then got in the car and left, —

The events saw the boy’s mother and informed the police. This fact was assigned to the examination. According to the report, any injuries on the body of a minor is not detected”.

However, the man was brought to administrative responsibility for the beatings. To them on domestic administrative law also includes “violent acts that cause physical pain, but not entailed causing of a little harm to health”. The citizen received five days of arrest.