The former heavyweight champion is confident that Kazakhstan will win. 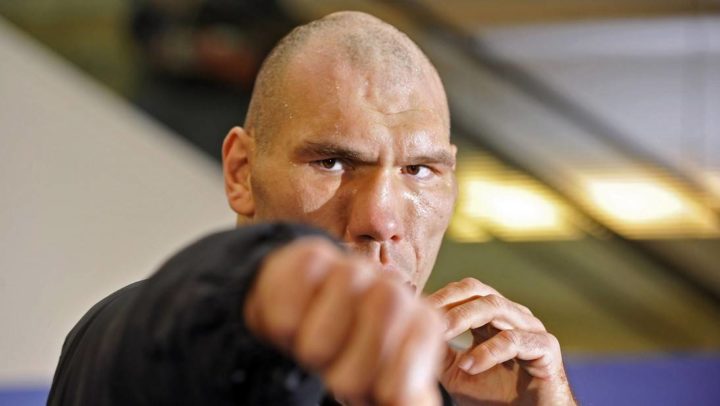 Nikolai Valuev shared his prediction for the fight Golovkin-Derevyanchenko. The former champion is confident that the victory of Kazakhstan guarantees him a third meeting with Saulem Alvarez, transmit Vesti.kz

“Battle expected, very interesting. All just say that you need to watch it. At stake is the belt IBF Middleweight title. In case of victory, Golovkin will have the opportunity the third time to meet with her abuser Saulem Alvarez. He is hardly waiting for this, because once again his refusal to fight with Golovkin proves my assumption,” said Valuev.

The ex-Champ claims that Derevyanchenko is one of the most technical fighters in the world, but for Golovkin he will not be a big problem.

“I Derevyanchenko is nicknamed the Geek. It really allows the little bugs in the technique, but it is unlikely he will be a big problem for Golovkin. However, the coaching staff have Golovkin has changed — let’s see how it will be prepared for Derevyanchenko. But all goes to the fact that in this battle, albeit a split decision, the victory of Golovkin. I hope that we will see his third fight with “Canelo” — said Valuev.

Recall that Kazakhstan will be able to watch the fight Gennady Golovkin and Sergey Derevyanchenko 6 Oct. Public TV will start the broadcast at 09.00.