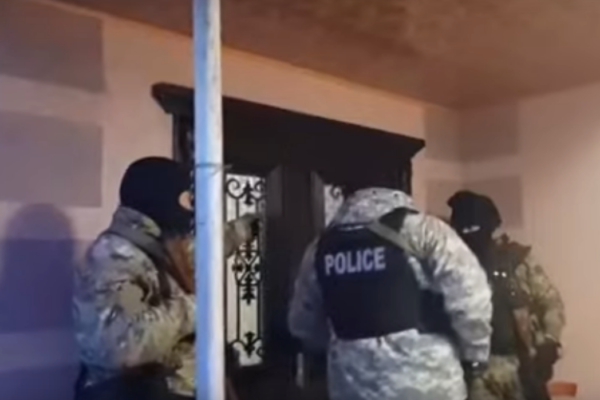 Just arrested 13 people, reports polisia.kz. According to investigators, they were part of an organized criminal group (OCG) “Saryagash”.

The gang was operating at the checkpoint “Kaplanbek” in the border with Uzbekistan Saryagash city. The fare through the post the attackers demanded from the Ministry of defense of CIS countries in 15000-50000 tenge.

Refused to pay faced threats and physical violence. Did not shun the extortion and corruption of the trucks broke Windows, slashed tires.

All the detainees — from the Turkestan region. Investigators confiscated a knife, a gun and cash allegedly taken from the victims. The investigation is ongoing.