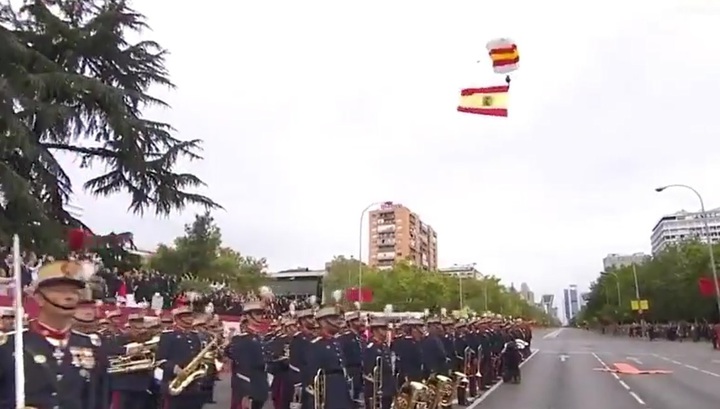 The incident occurred during the parade on the National day of Spain.

According to local media, a military parachutist has made a jump from the state flag. He was about to land in the area, and giving thus the signal to start the parade.

But a few seconds before landing, the parachutist crashed into a pole and hung on the mast lighting. Independently to get out he couldn’t. It was removed with the lift.