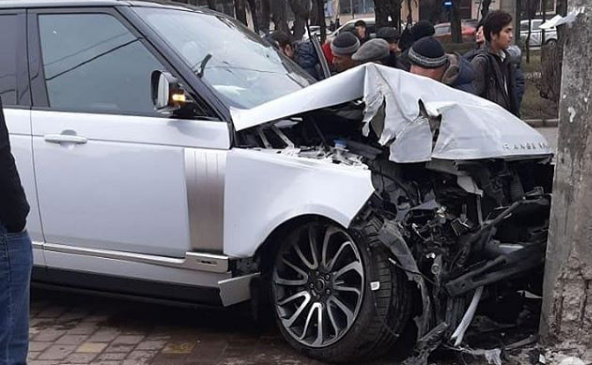 Near chamber the driver-the infringer on duty police officers.

A terrible accident has occurred on crossing of streets of Pushkin and Mametova. Near the Central mosque of the Range Rover rammed three cars, and then hit three people in a crosswalk. The car was stopped by a concrete pole, reports Zakon.kz

“This fact is registered in eRDR DP Almaty under article 345, part 2 of the criminal code and is being investigated by the investigative Department of the DP of the city of Almaty. As stated, the driver of the car “Range Rover”, gr.To., Born in 1975, collided with three cars and then hit three pedestrians, being able alcoholic intoxication. Currently, he is hospitalized under guard of police officers”, — told in the organs.