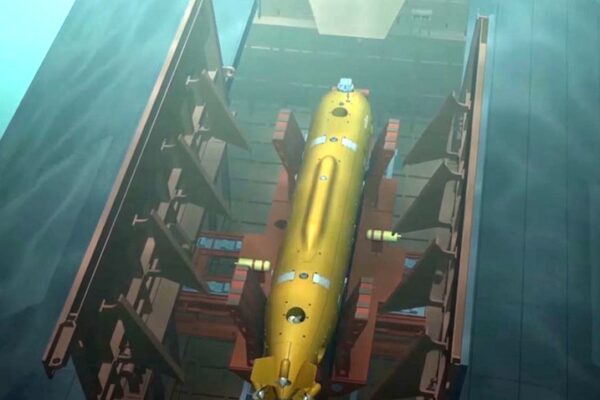 About it RIA Novosti said a sourcein the military-industrial complex. Start, according to him, will be held on Board the nuclear submarine “Belgorod” — the first prototype of the carrier of these drones.

— “Poseidon” assembled yet, are tests of individual components and assemblies, — said the Agency interlocutor.

As stated by the General Director of “Sevmash” Mikhail Budnichenko, “Belgorod” is planned to transfer the Navy in September. Multipurpose nuclear submarine “Belgorod” refers to the project 949A “Antey” (similar to “Kursk”), which is specifically for the system “Poseidon” was reworked into the project 09852. The submarine launched in April 2019 at the plant “Sevmash” in Severodvinsk.

According to the source Agency in the defense industry, the first regular carrier of the “Poseidon”, the nuclear submarine project 098531 “Khabarovsk”, it is planned to launch in the coming months, and the tests will last at least two years.

The development of the “Poseidon” the President of Russia Vladimir Putin first announced the message to the Federal Assembly in 2018. According to him, these drones can be equipped with both conventional and nuclear warheads that will enable them to hit a variety of targets, including aircraft carrier groups, coastal fortifications and infrastructure. The Western media immediately dubbed such systems “the doomsday weapon” because of the low visibility and high autonomy.