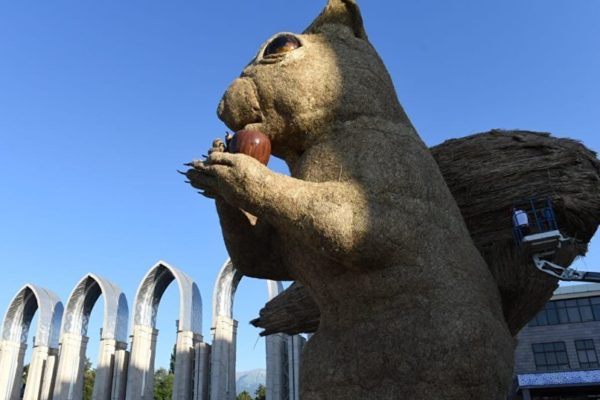 Squirrel at Atakent dismantled. The information was confirmed Arnar the Kurmashev, head of the culture Department of Almaty reports Zakon.kz

“It was specifically instructed akim of Bostandyk district: to dismantle the squirrel. Generally, all small architectural forms, which look, shall we say, unsightly, or already dilapidated, broken, now much work is being done in their removal. It is a direct order Bakytzhan Sagintayev stressed the Kurmashev.

The dismantling of the structures will occupy an indefinite time. According to experts, to quickly get rid of a huge design fail.