In his speech, the Vice Prime Minister told about the measures taken by the government for the implementation of the tasks set in President’s address to people of Kazakhstan.

“In the social sector in the current year is directed over 7.5 trillion tenge or 45% of expenditures of the Republican budget. In the draft budget for 2020, the share of social expenditures will rise to 47 percent. Today, the state in full fulfills its social obligations. For example, for the first 10 months of this year paid targeted social assistance amounting to over 200 billion tenge. Covered 2.2 million people, including 1.5 million children. The amount of funding has increased by 9 times,” said Saparbayev.

The Deputy Premier also noted that on behalf of the leadership of the country comprehensive support will be provided to gifted and talented children.

“Together with the Foundation of the first President — Elbasy, a project of “Eating umiti” which recently launched in Aktobe. His goal is to take more than 1000 gifted children, to support them in education and talent development”, he added. 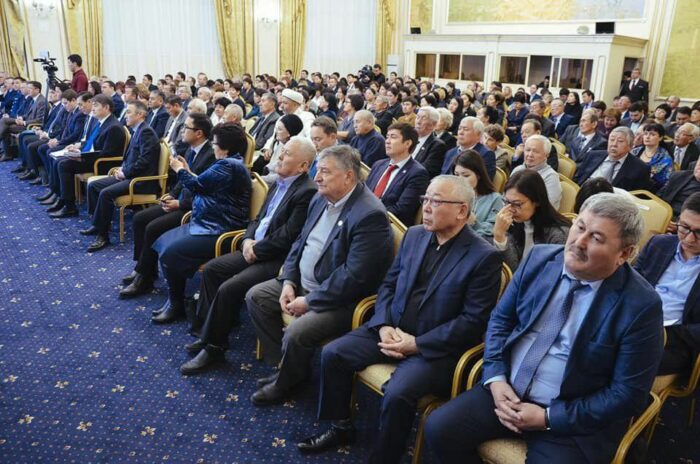 In addition, in order to train qualified local personnel will be reduced by the number of universities and colleges with a low level of material-technical base and the quality of education.

In addition, special attention is paid to the Government drug supply and drug prices. Today in Kazakhstan run about 7.8 thousand kinds of medicines, and cost half of them regulated by the state.

“The importance is given to the education and raising the status of teachers, said Deputy Prime Minister. – We are working to increase the authority of teachers to protect their rights and improve their well-being. Next year it is planned to increase the average salary of teachers by about 30 percent. For this purpose allocated about 200 billion tenge,” he said.

Tangible support in the near future will be passed on to the parents of children with disabilities. As noted by the Deputy Prime Minister, from next year, under the initiative of the First President — Elbasy in the regions of the country will begin to build rehabilitation centers.

“Unfortunately, we have insufficient quantity of rehabilitation centers, — said Berdybek Saparbayev. – The most important thing is to do everything that the child recovered and was able to be independent. Of course, we need to attract to this work and a business that works in this direction”, — he stressed.