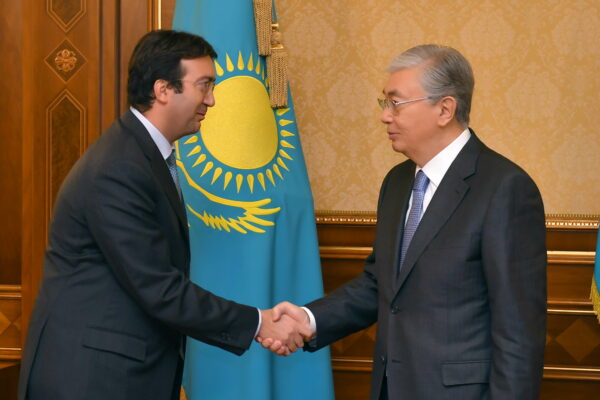 During the meeting the sides discussed issues of Kazakhstan’s accession to the Group of States against corruption (GRECO), as well as prospects for cooperation with the Council of Europe.

Kassym-Zhomart Tokayev expressed gratitude to the Council of Europe for the support of our country’s accession to GRECO and noted the importance of cooperation with this organization in the fight against corruption.

“We are very interested to participate in the activities of this organization. We are convinced that this will give significant additional impetus to our efforts to combat corruption, and will contribute to the solution of other problems which impede our progress,” said Kassym-Jomart Tokayev.

In turn, Gianluca Esposito stated that cooperation between Kazakhstan and GRECO will be mutually beneficial for both parties.

“Kazakhstan’s membership will not only contribute to the advancement of the principles and mechanisms of combating corruption, but also to improve the business climate, improving public services”, – said the Executive Secretary of GRECO.