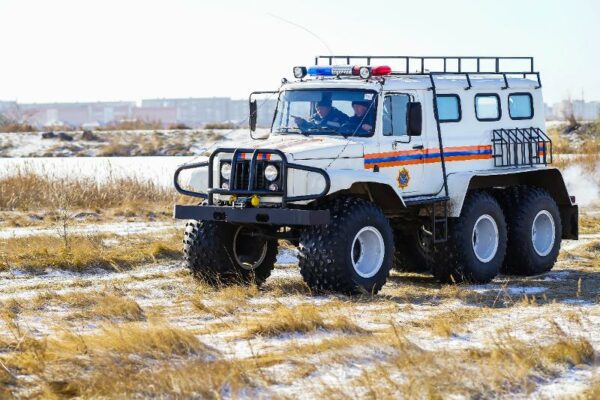 Rescuers brought the seriously ill woman from a remote area to the hospital and found lost in the desert man, reports MIA “Kazinform“.

January 4, the rescuers Satpayev, it was reported that an emergency ambulance can not reach patient 71-year-old inhabitant of the village Sampi. They are on the all-terrain vehicle “Trekol” was taken by paramedics to the village. After examination, the doctors decided to admit women. The patient was immediately taken to Satpayev.

Another rescue operation was carried out in the Ulytau district January 5, was reported missing resident wintering Kypchaki Karcemarskas rural district. The man left on a horse for cattle and never returned. To conduct search and rescue was sent to rescue workers on all-terrain vehicle, the akimat staff and local residents.

At 13:30 the missing were discovered about 20 km from his wintering. In the medical help he needed. It turned out that the man has lost reference point due to fog and could not get home.