In Almaty in the framework of forming an anti-corruption culture among the younger generation actively used as meetings of students with the officials in the sphere of corruption counteraction and educational online games. 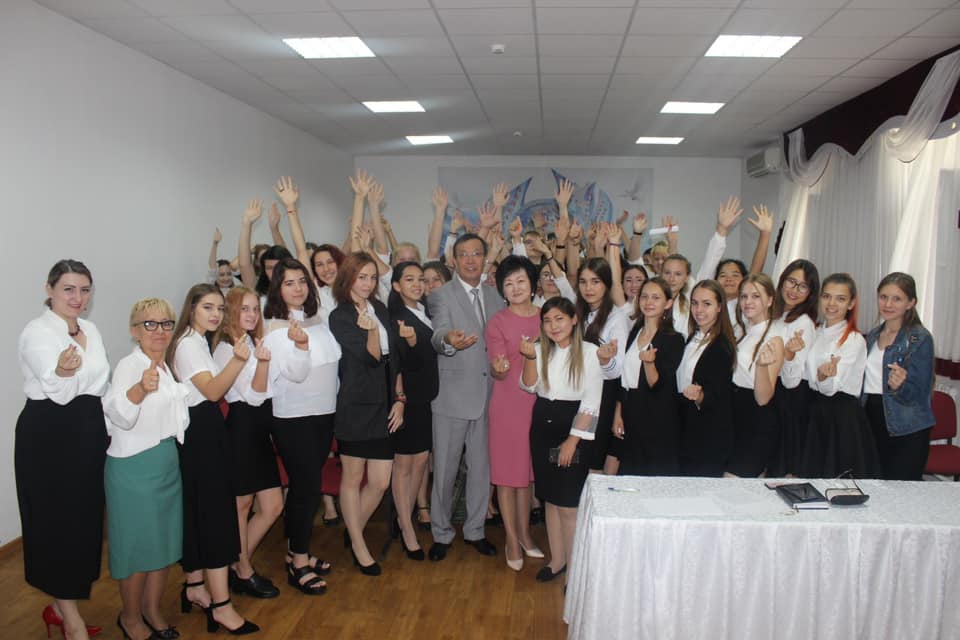 The aim of the event was the formation among the younger generation the principles of integrity, prevention of corruption among future teachers. The moderator of the meeting was the Director of the Almaty state humanitarian pedagogical College No. 2 B. Tanabaeva.

In the beginning of the meeting was announced information about the work of the institution in the framework of anti-corruption education, the development of the club Sanaly Urpaq. Tokushu noted the necessity of development of society in the direction of forming a good relationship of citizens to each other.

Head of project office noted the following pattern. In countries with high levels of corruption there is a lack of integrity in the everyday relations between citizens.

What is integrity? According to Tokusheva, its examples before my eyes: a teacher faithfully teaches children that, in turn, honestly attain knowledge. As the head of the project office, it should be at school to cultivate a respect for nature, world, hometown, street, house, respect your nation, your flag, your language.

In conclusion, teacher I. Yakovleva was followed by an interactive game “the Duel” with second year students on possible options for the prevention of corrupt practices in different spheres of life. In conclusion, the participants together sang the “Hymn of Youth”.

The determination is able to resist corruption, read in the eyes of future teachers, — a pledge of the coming victory of our society over the evils of modernity as bribery, embezzlement and abuse of power.